A Handful of Precious Stones 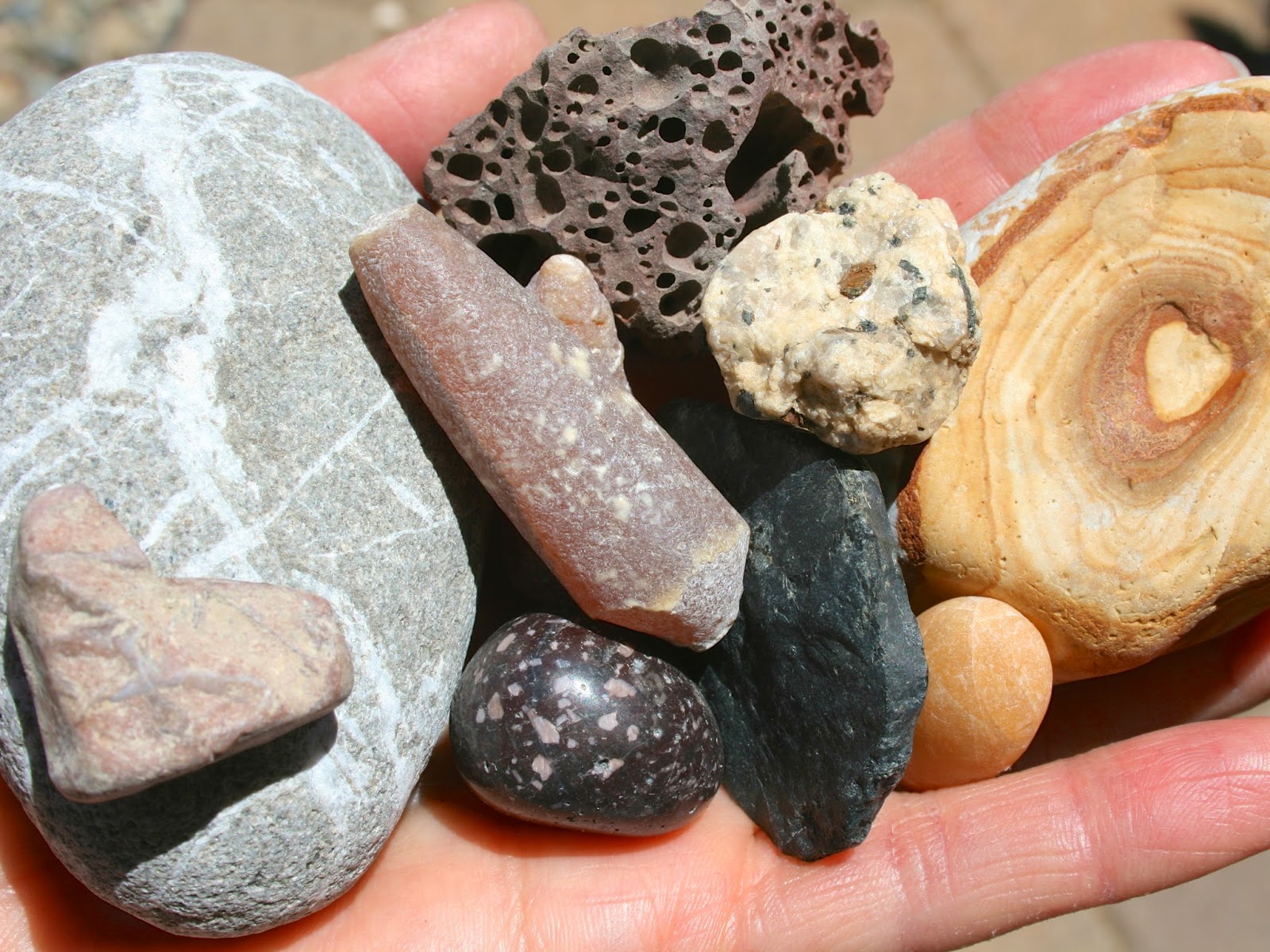 Over the years we have amassed a good collection of rocks from all sorts of places and they are all precious.  Most were collected my children when they were small but even now they find it hard to leave somewhere without a rock secreted away in a pocket.  The big grey rock with the quartz grain is from up in the mountains, near Mount Shasta in California, we played in a fast moving stream that day and that rock came from the edge of the water.  The brown lava rock with holes and the flat black one which is a piece of obsidian are from Lava Beds National Monument on the California/Oregon border.  The yellowish chunk of granite in the centre is from a picnic site next to the river and at the foot of El Capitan in the Yosemite Valley.  It has a tiny piece of pyrite in which sparkled in the water.  The "woodgrain" rock is from a beach in England as is the lovely smooth gold rock below it.  They are weathered and silky.  We ate fish and chips on that beach and fed left overs to the gulls.  The black rock with pink spots is from Point Lobos and was one that got polished by my son in his rock tumbler when he was in elementary school (he's in college now!). And finally the long thin rock is a belemnite fossil that we found lots of in Norfolk, England.  Belemnites were squid like creatures and these fossils are very, very old!  A handful of rocks and a handful of memories.

Posted by angele carter at 3:20 PM