Whale Watching In The Monterey Bay

Last Tuesday my daughter had one of those odd days with no school so we decided to do another whale watching trip with Sanctuary Cruises.  Sanctuary Cruises use a small, bio diesel powered boat, with a maximum of about 30 people so it is a small group as well.  They operate out of Moss Landing.  In previous years we have done trips out of Monterey on a much bigger boat but I definitely prefer the smaller boat.  You are closer to the water and the wildlife BUT you are also tossed around by the waves more too!  It was a stunning day, clear and sunny but the waves were big and despite all my efforts I did feel seasick.  Take a look at the photos though, and I think you'll agree that any discomfort was totally worth it. 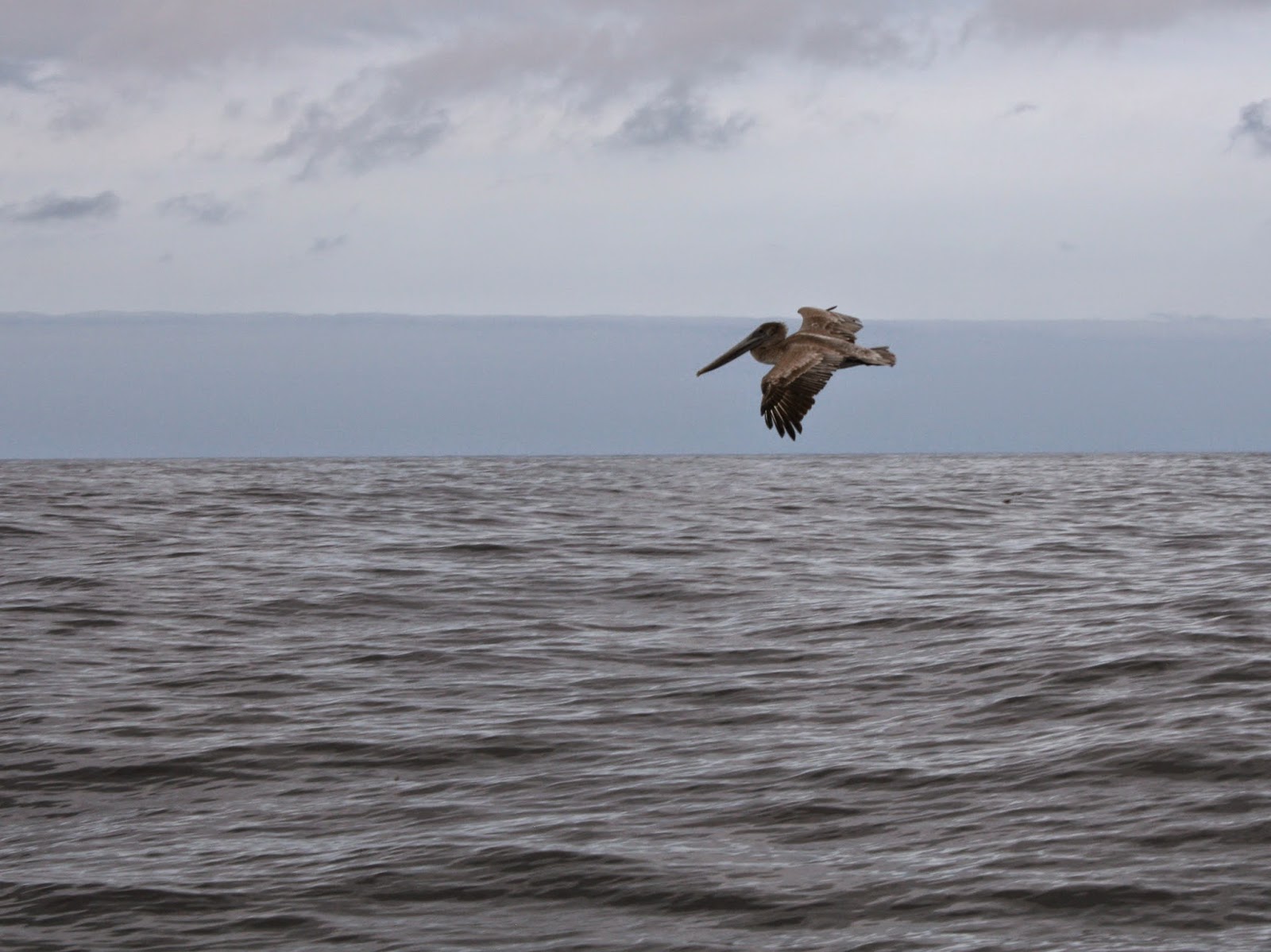 This is a brown pelican gliding over the water, they are so graceful for such a big bird.  We had to go about 5 miles out to see whales.  We first saw a posse of California sea lions feeding on anchovies and then the humpback whales appeared.  Every time the sea lion frenzy happened we saw whales immediately after.  It was so cool! 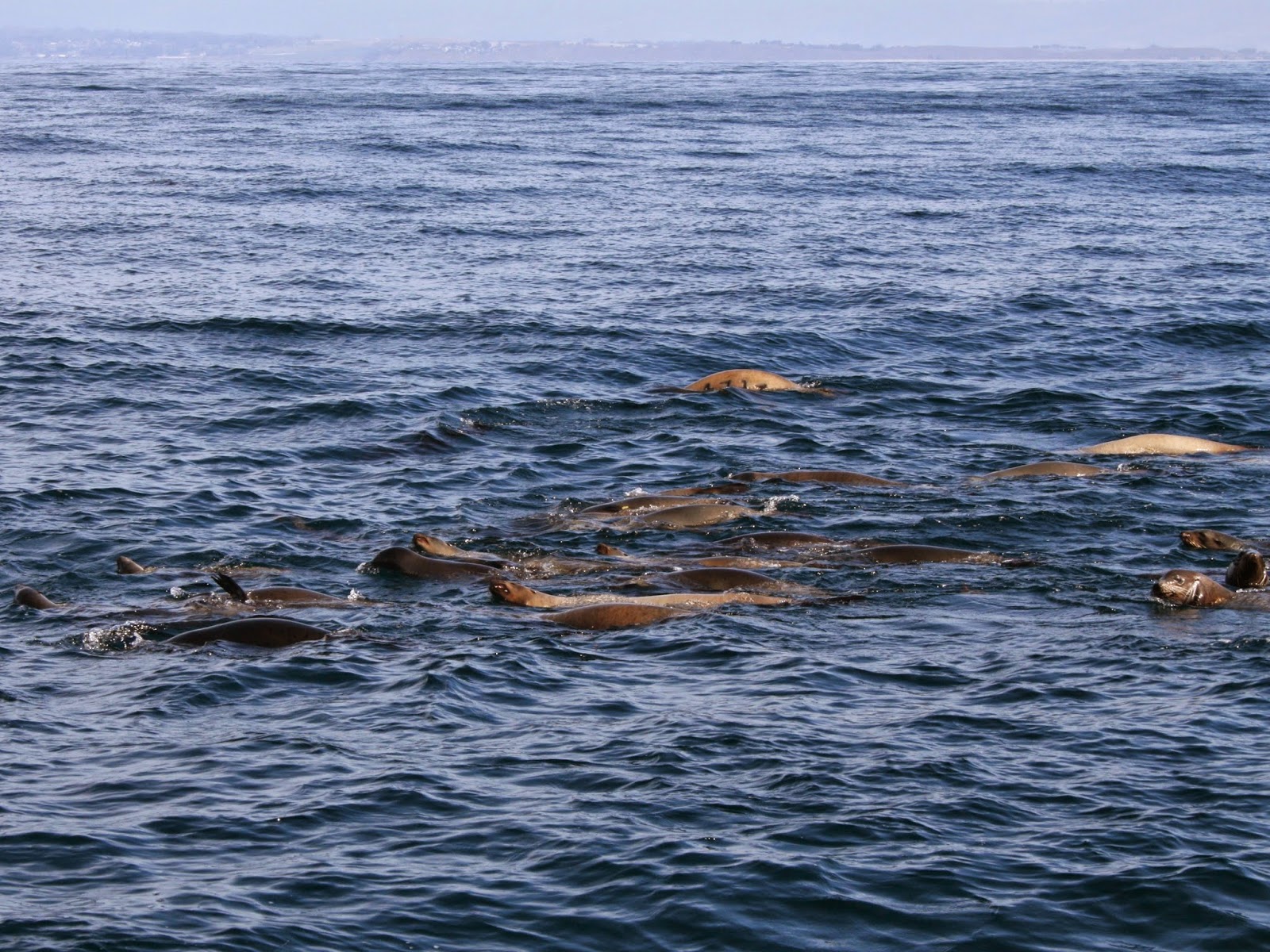 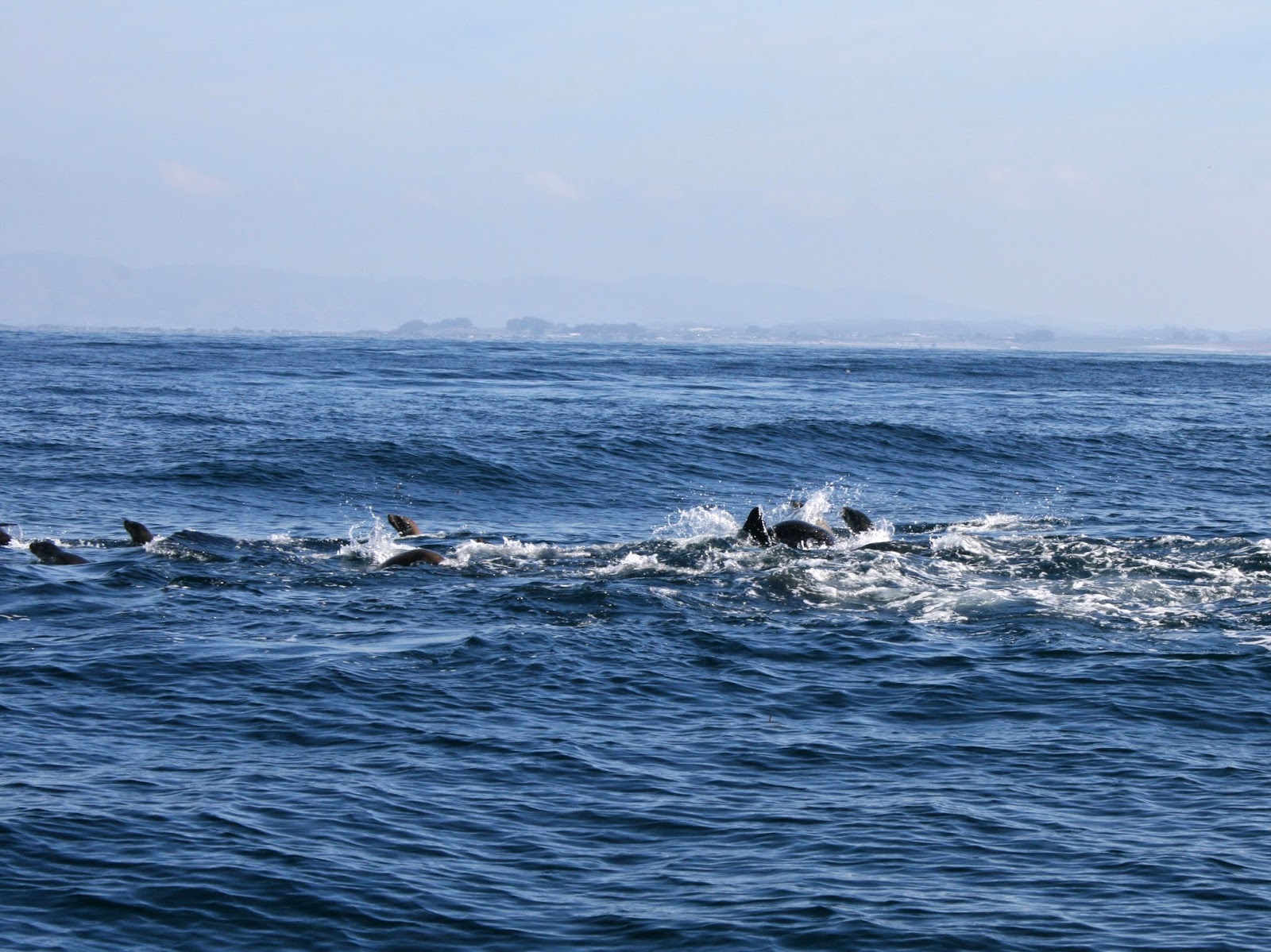 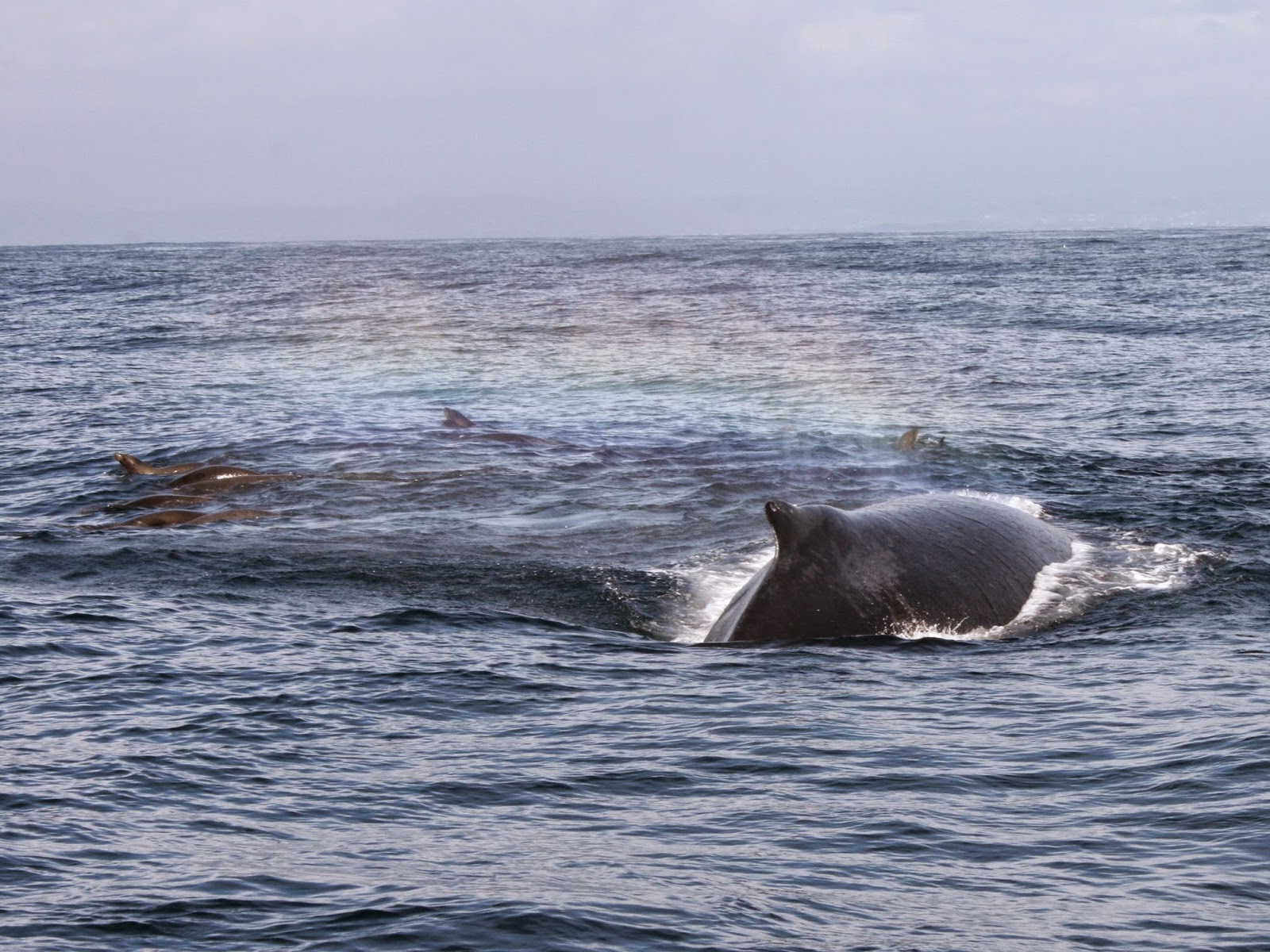 As our boat wallowed in the swell, and we watched in awe as the whales fed, breached, tail and fin slapped the water, we gradually realized that there were about 3 whales very close to the boat.  Actually they were hanging out under the boat which was a little mind blowing, considering they were bigger than the boat.  The water was so clear we could see them under the water.  After a little while they surfaced and gave us blasts of whale breath!  They were there with us for probably about 20 to 30 minutes watching us watching them.  Because they were so close the captain couldn't start the boat engines so we really got thrown around by the waves and had to hang on tight to stay standing!  It was a very moving experience, I had goose bumps! 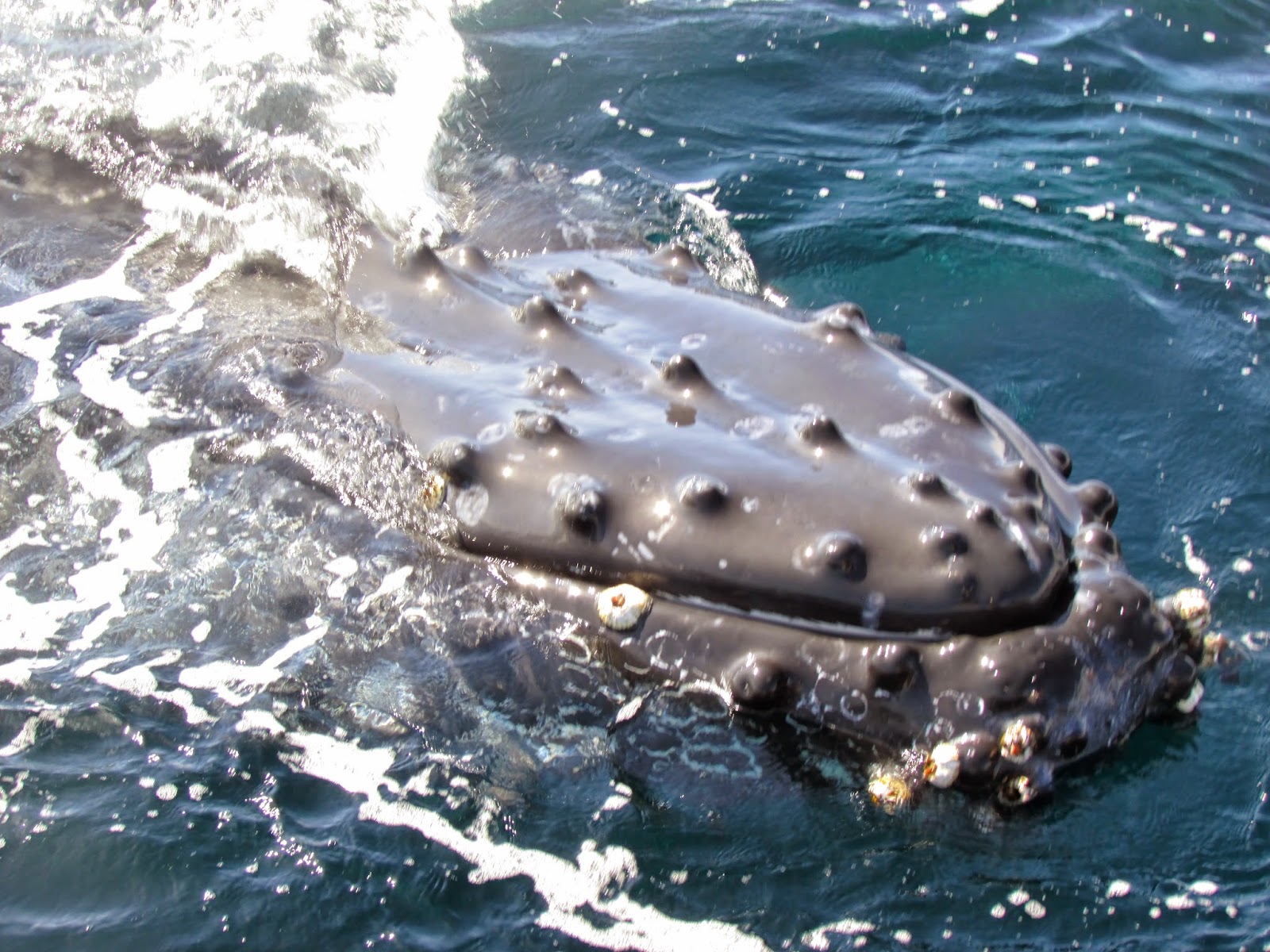 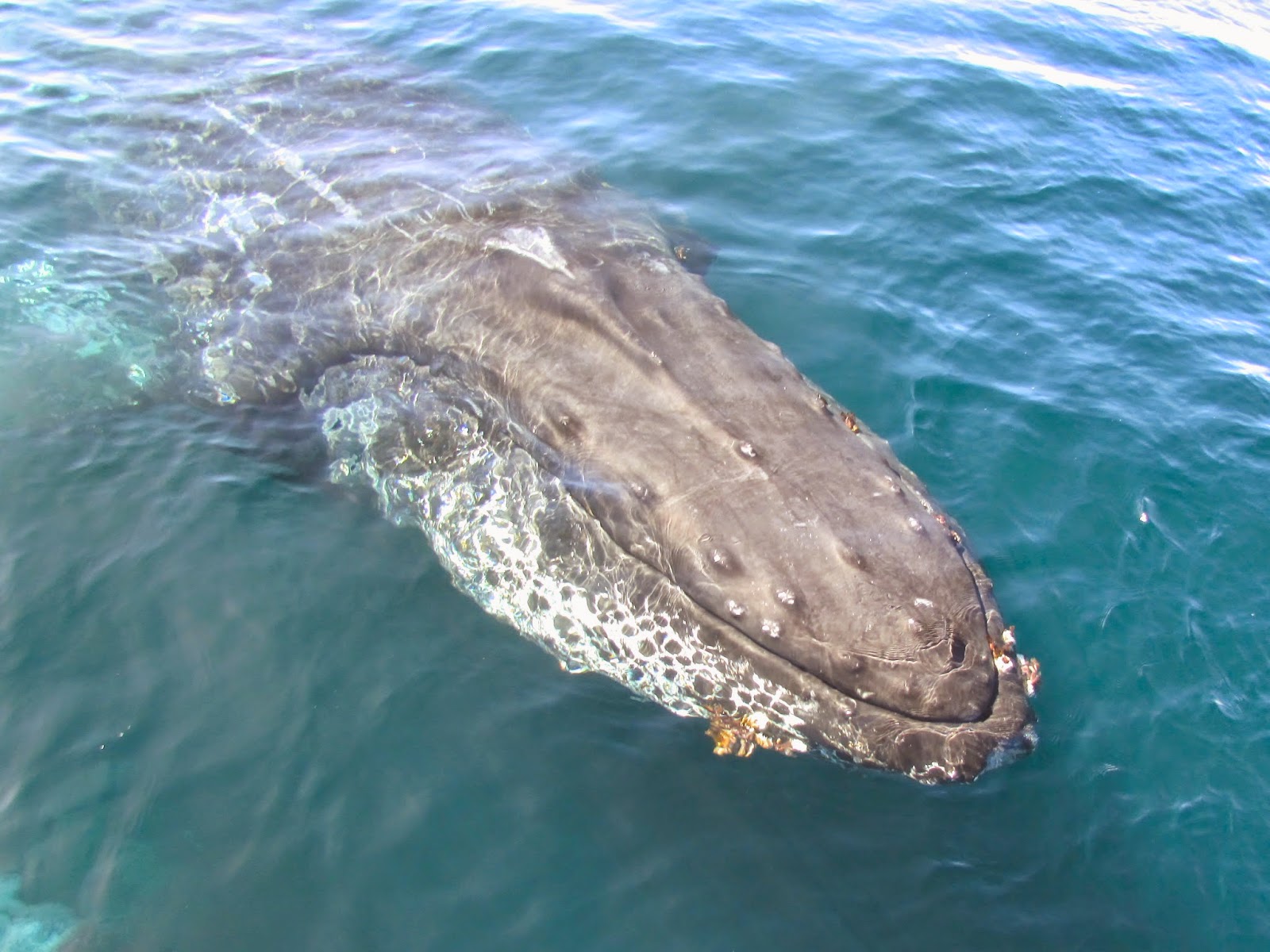 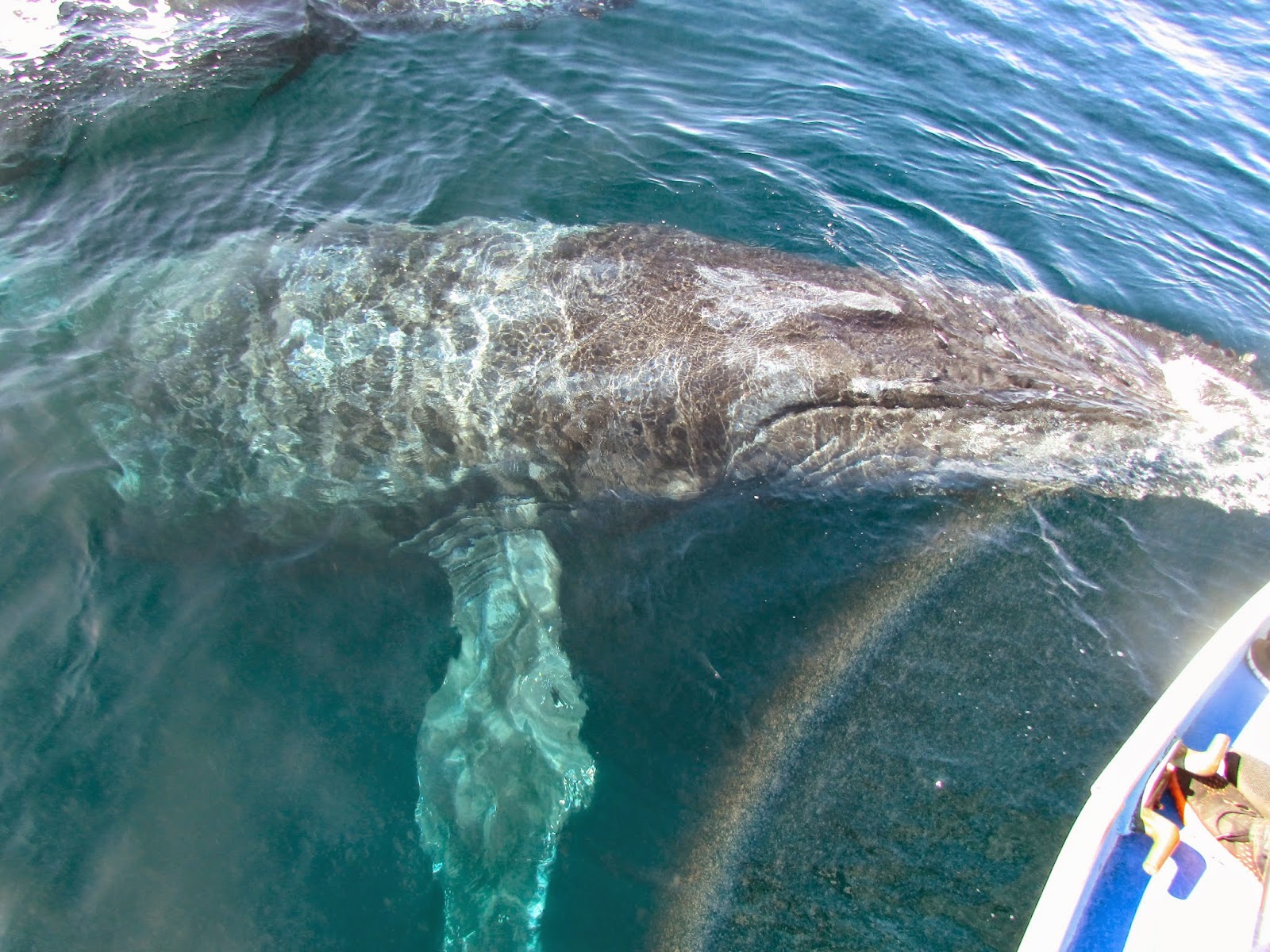 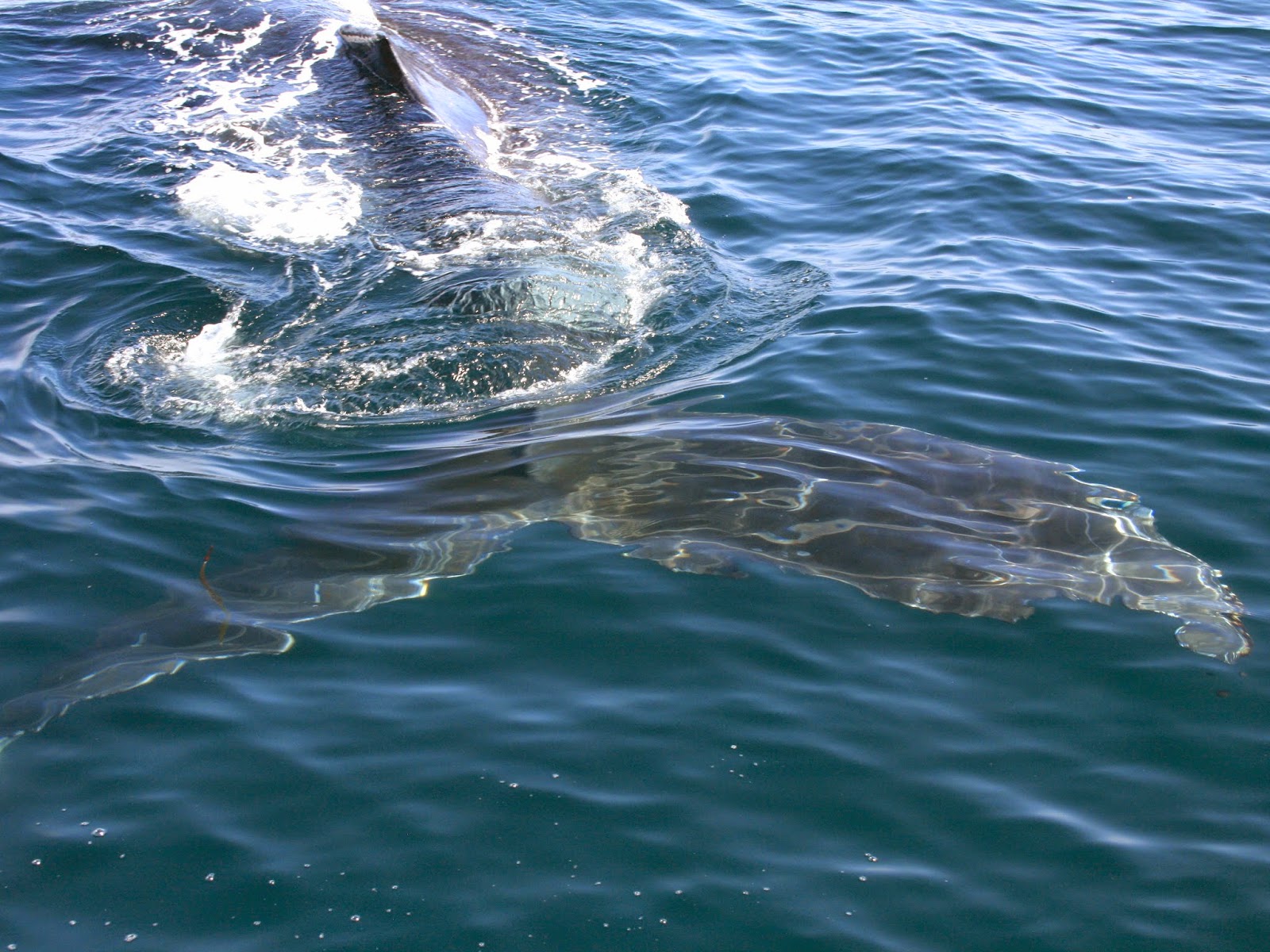 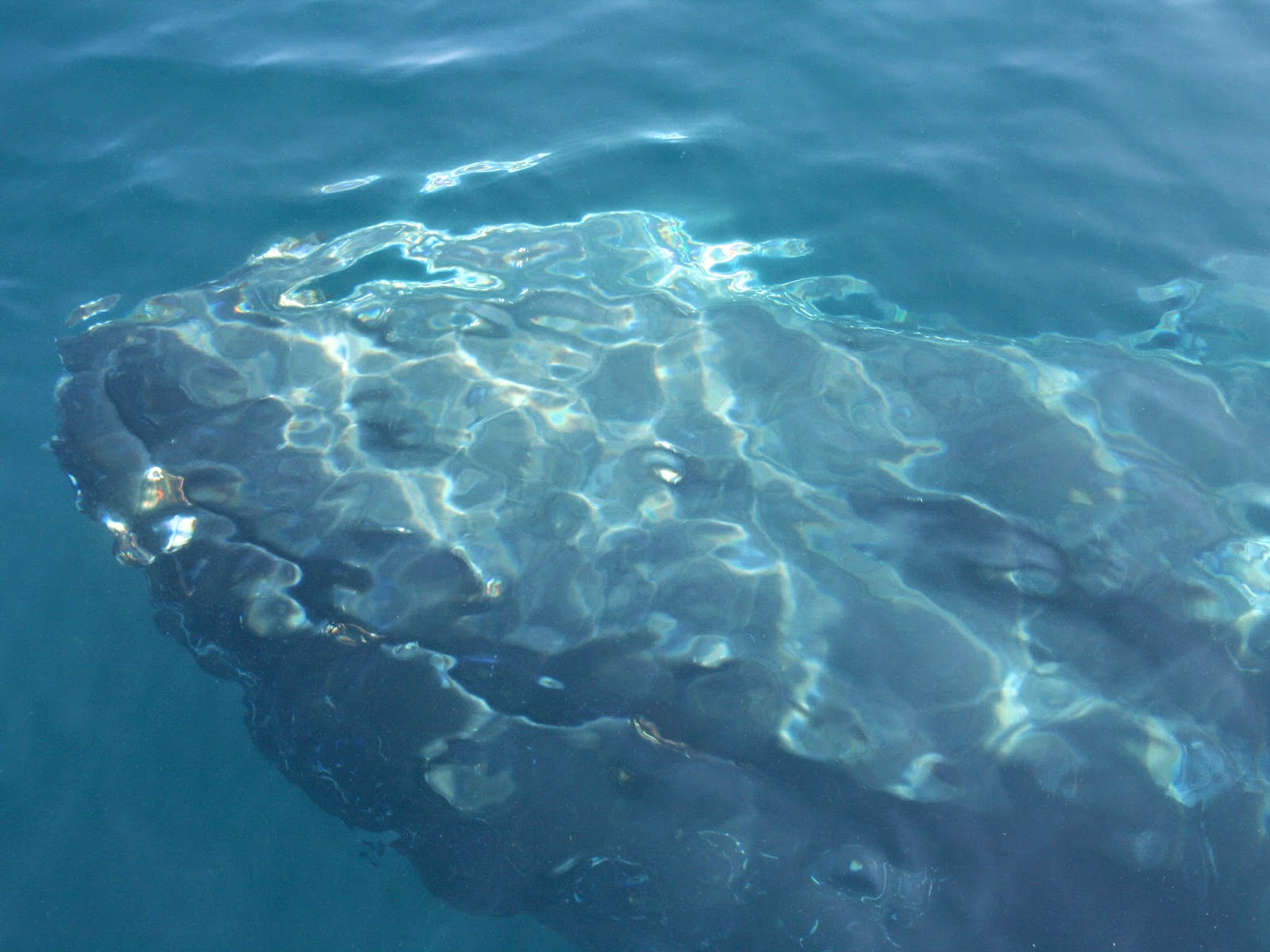 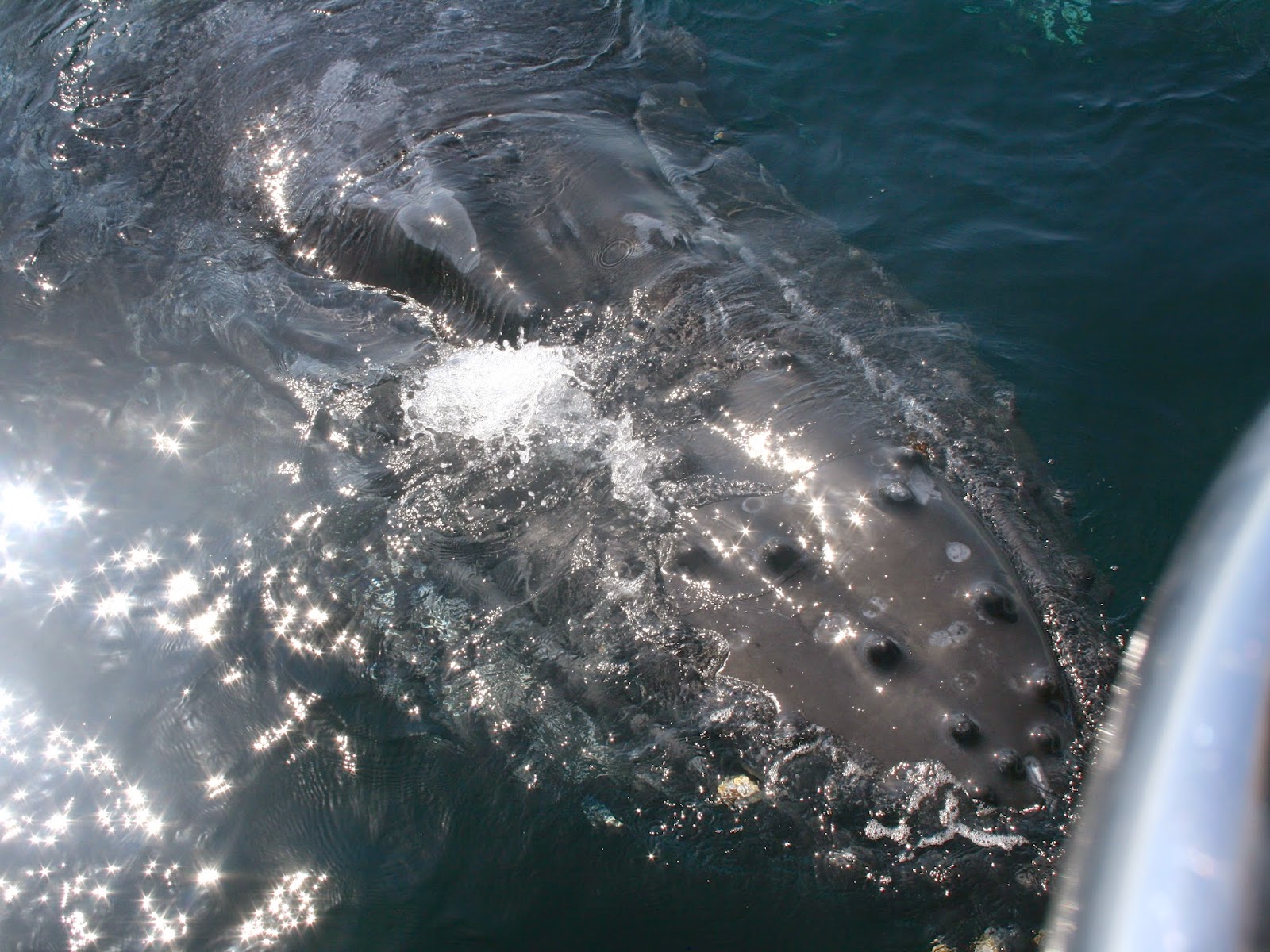 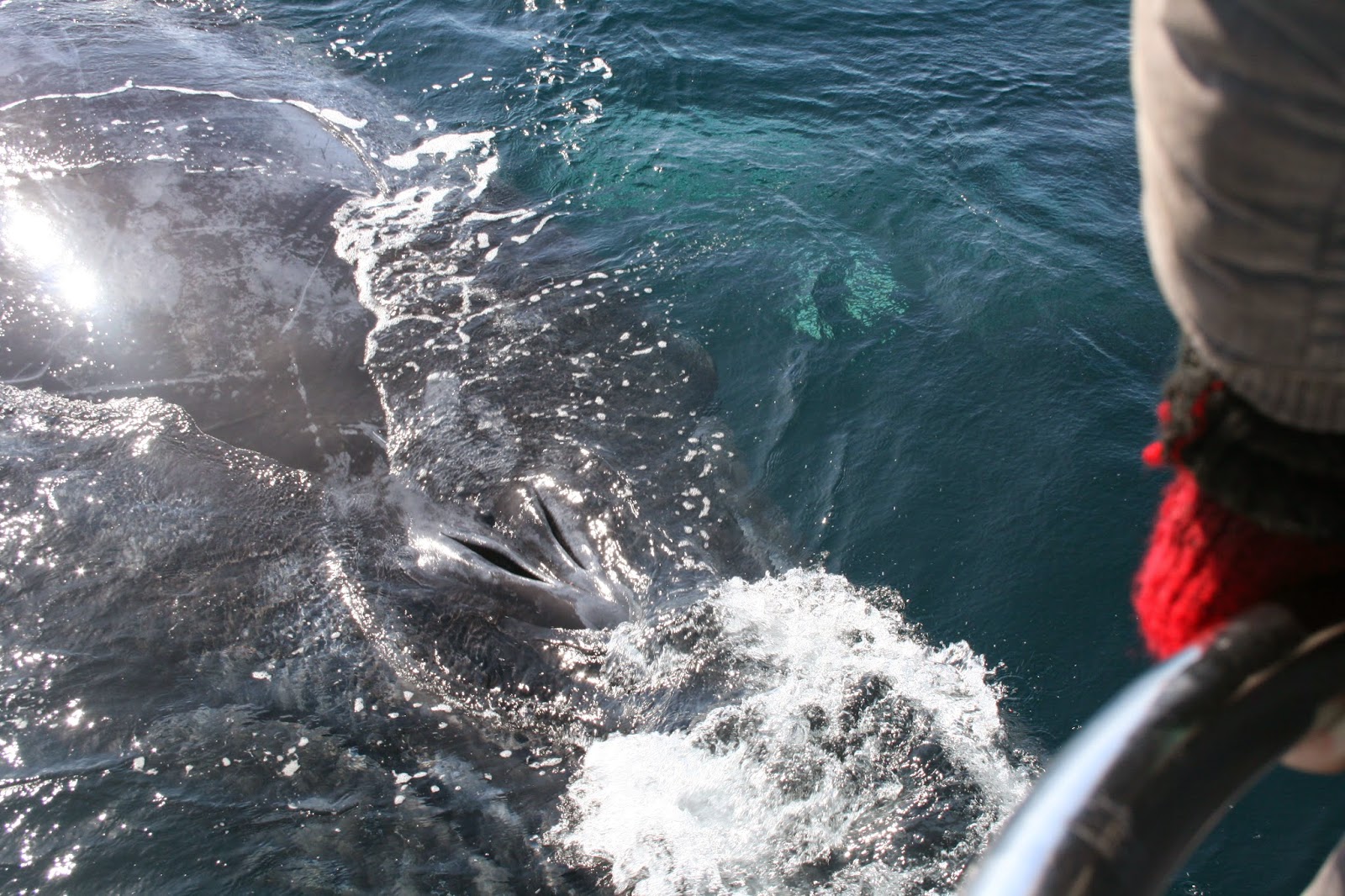 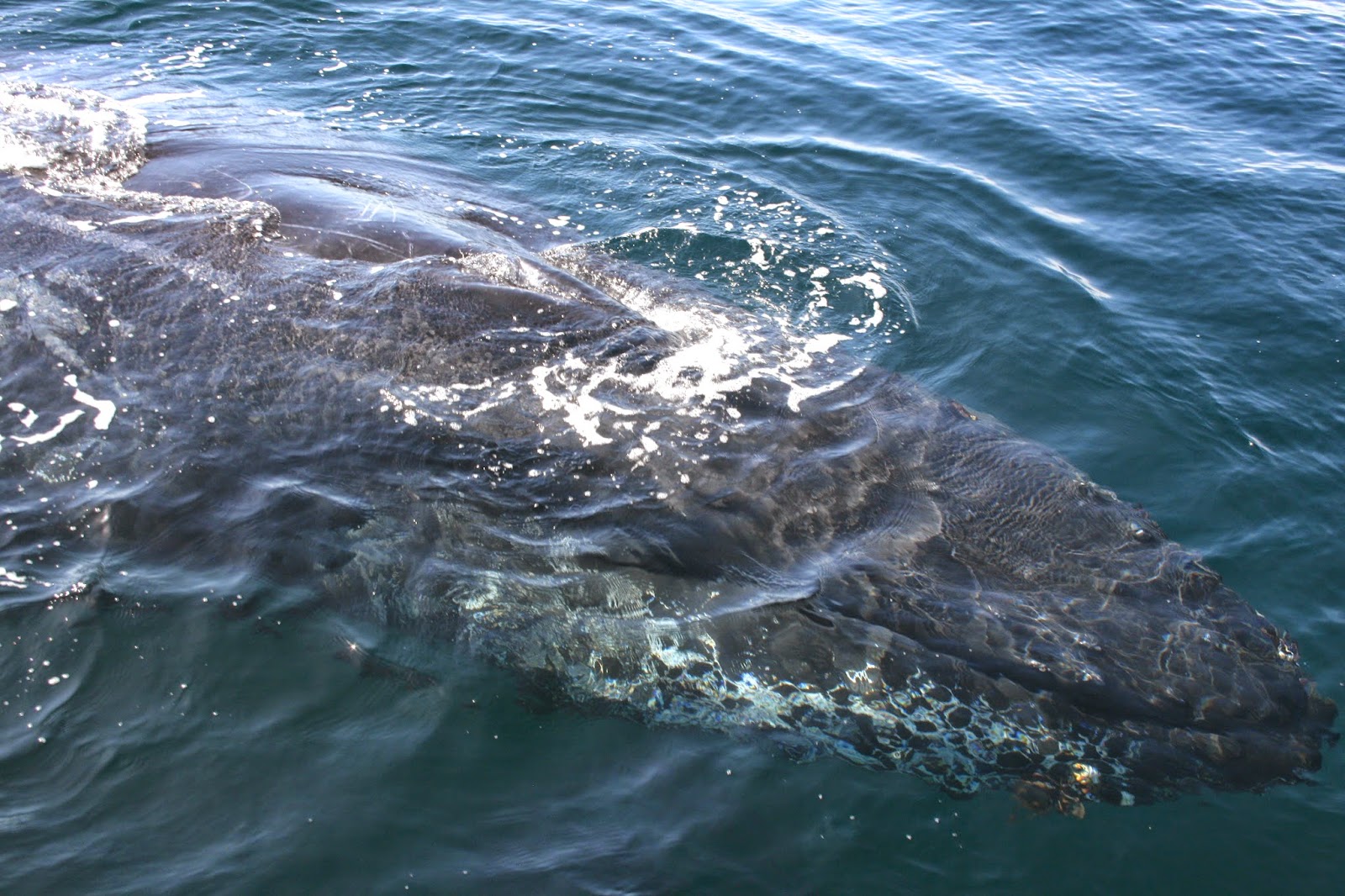 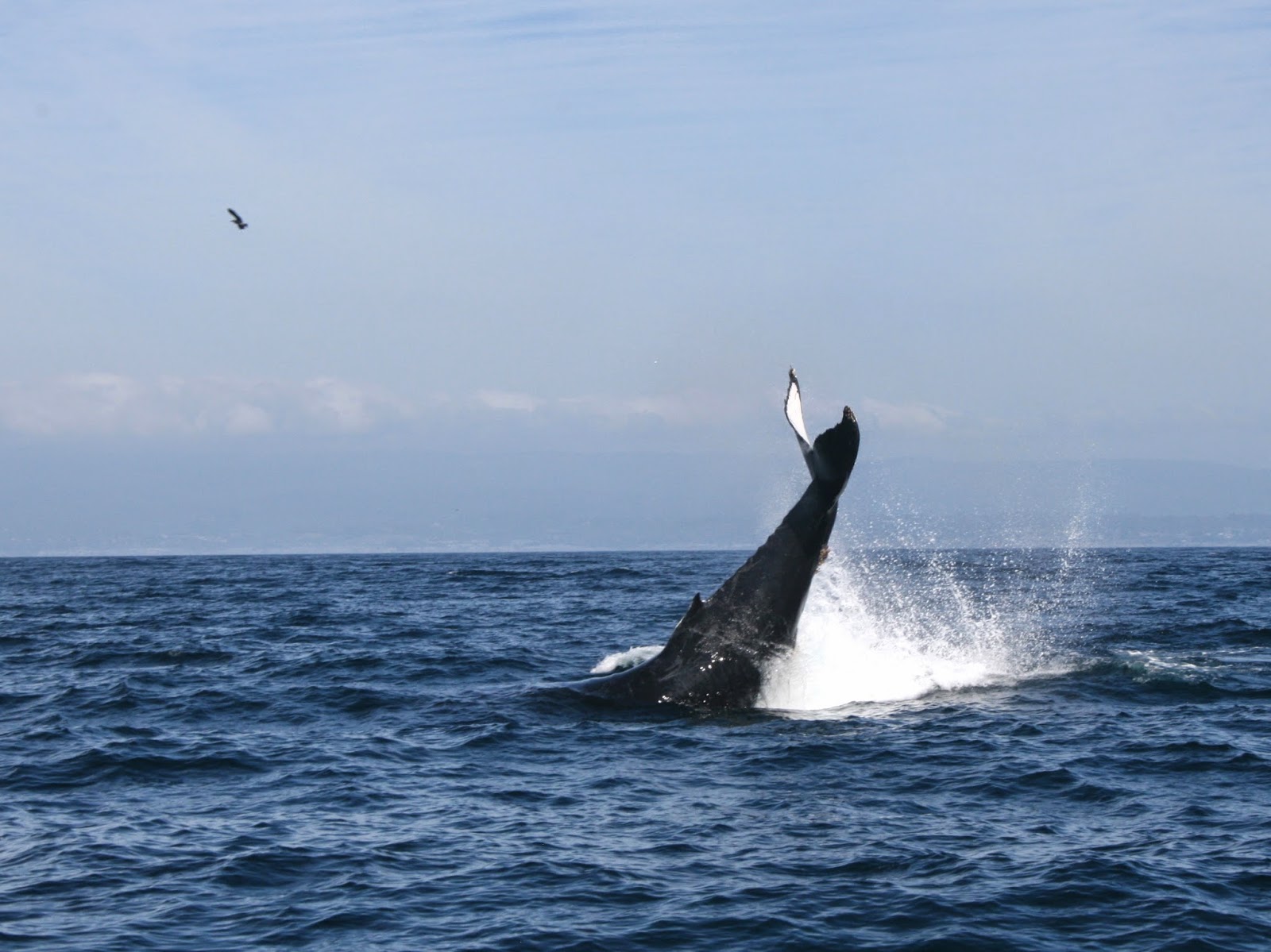 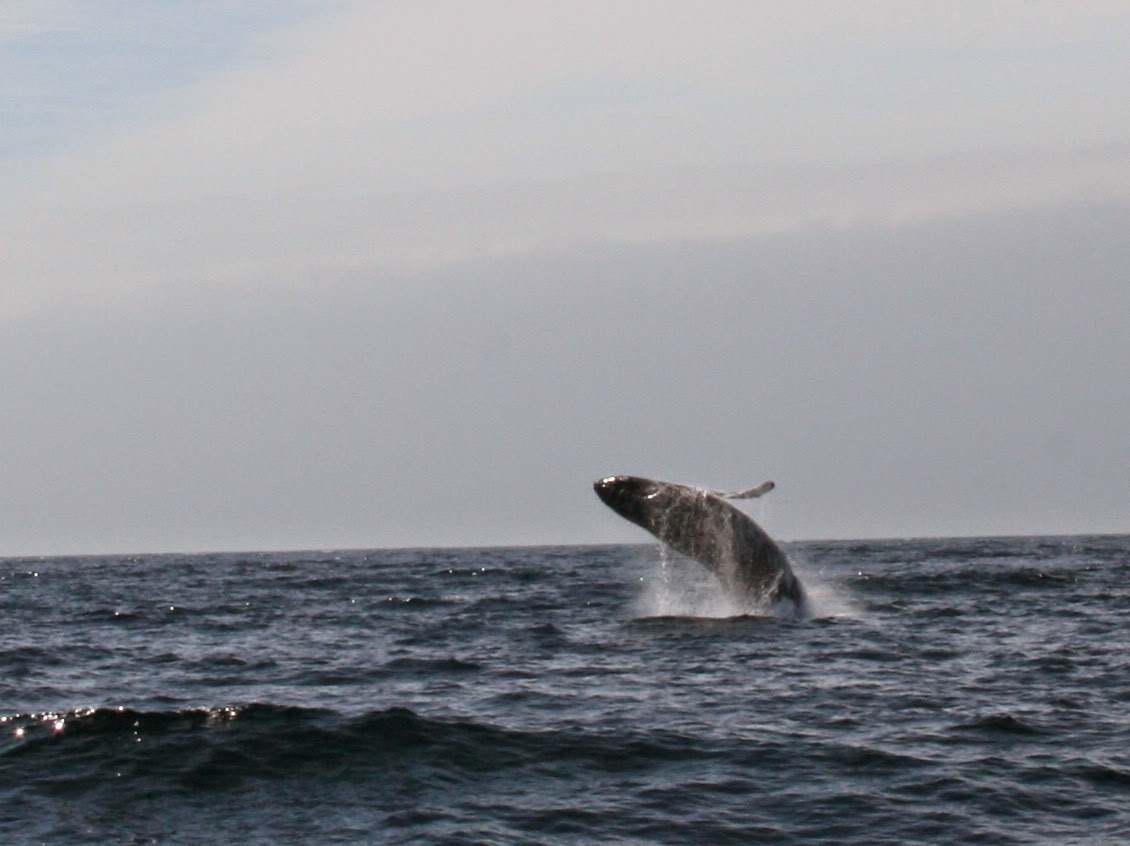 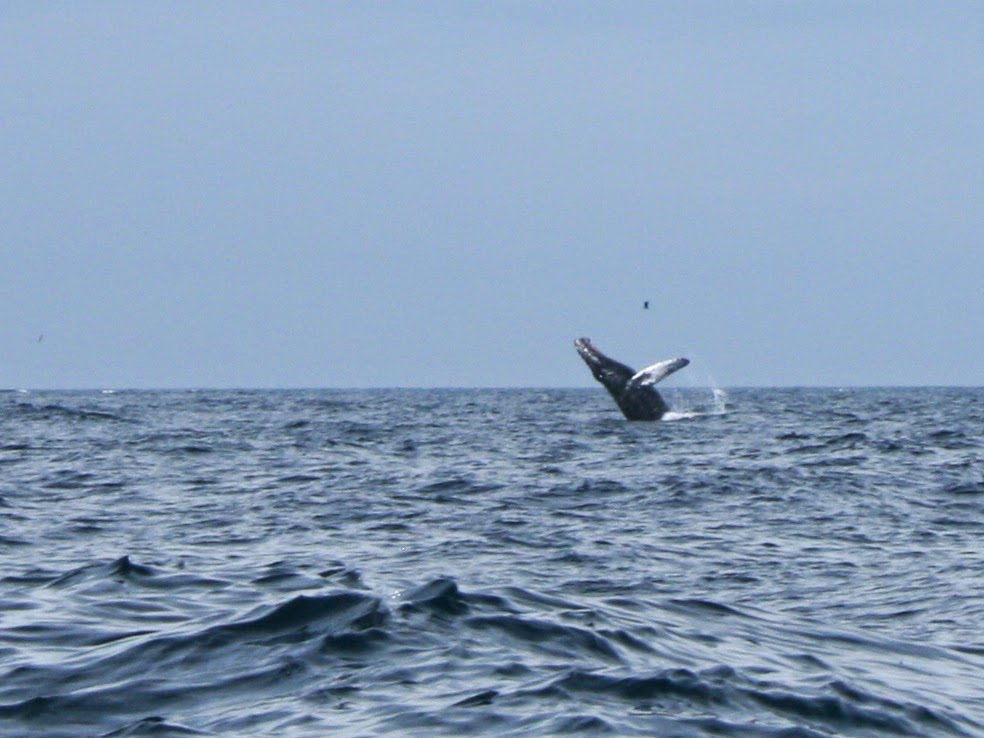