All this week we've had triple digit temperatures.  The heat has been relentless and exhausting.  It hasn't cooled off at night and I haven't been at my best!  The thing that kept me going was the promise of a cooler weekend in the mountains.  After school on Friday we set off, noting two things as we drove over the pass to reach the Central Valley, one - how low the water level was in the huge San Luis reservoir and two - that there was brown smoke hanging in the air. 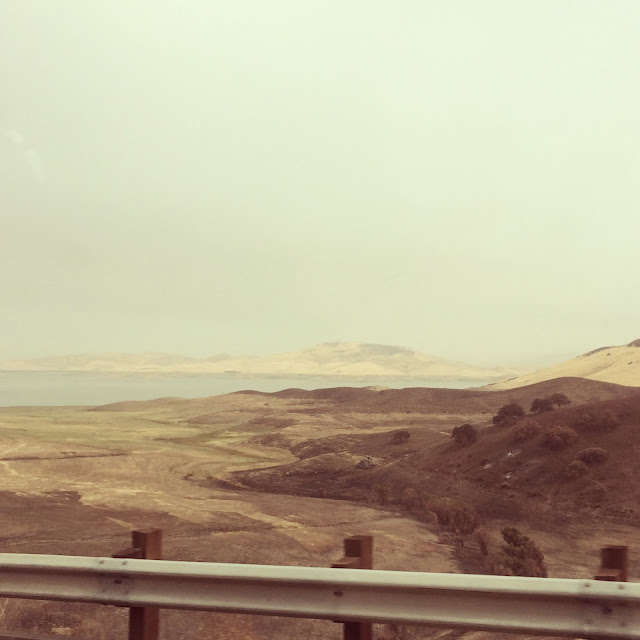 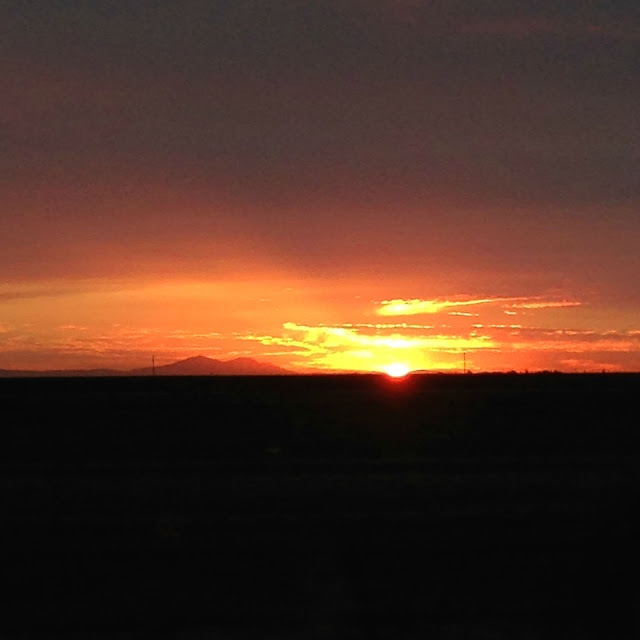 Smoke in the atmosphere usually means beautiful sunsets like this one.

I knew there was a fire further north in the "Gold Country".  What I didn't know is that because of the conditions in the parched Sierra foothills, the "Butte" fire had exploded to nearly 64,000acres and was only 5% contained. California Governor Brown had issued a State of Emergency for the fire area.  As we drove the smoke became worse and as we reached Angels Camp in the dark, we could see the fire line and the huge orange glow of the fire to our left.  I've seen this before several times in my years in California but I was shocked at how long the fire line was and how far the glow spread.  When we got to our cabin and checked online we learned that pretty much everywhere north of Angels Camp was on mandatory evacuation and that where our cabin is, was under an evacuation advisory.  An evacuation advisory means be ready to leave.

We didn't unpack and had everything ready to go should the emergency services come and tell us to go.  We left a light on, so they would know we were there.  It was after 11pm and we were all exhausted.  Our neighbors through the trees were also there, also with a light on, also ready. 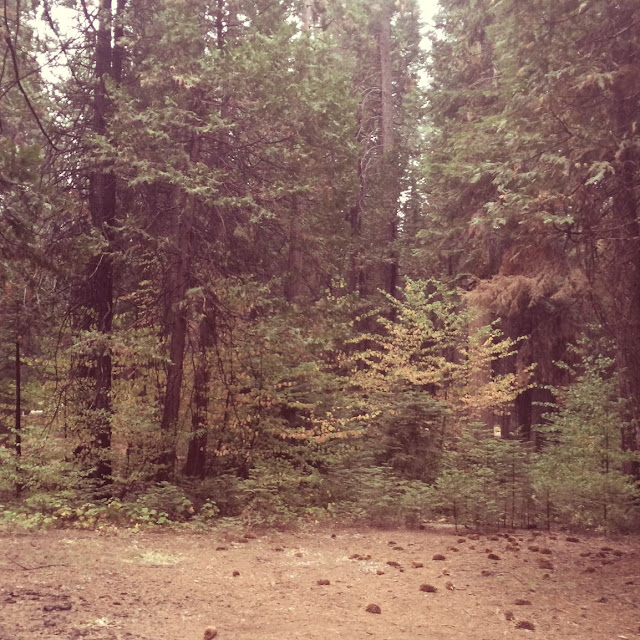 This morning there was some smoke drifting between our trees but we could see patches of blue sky.  The advisory, however was unchanged.  We loaded the rest of our things and left.   The drive down was extremely smokey and we saw lots of bulldozers being transported up the mountain along with other fire vehicles.  We are hoping our mountain will be spared. The fire is not many miles away but there are 3300 firefighters working there, 383 fire engines, 8 air tankers, 17 helicopters and over 60 bulldozers.   We feel immense gratitude for these brave firefighters. 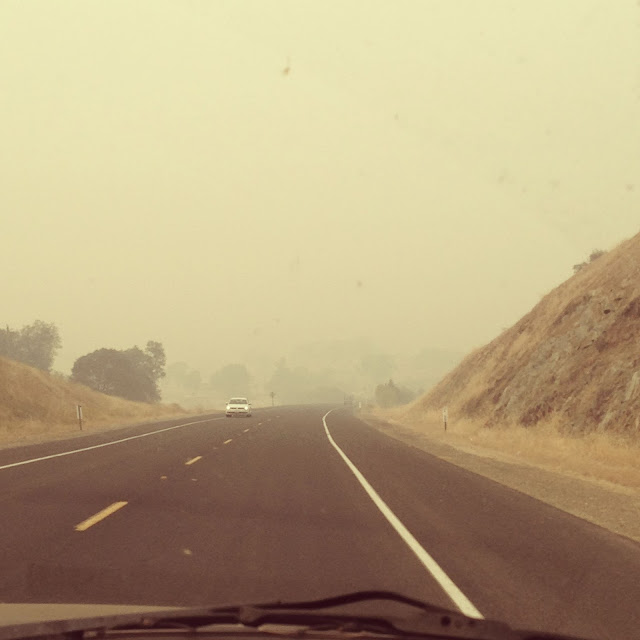 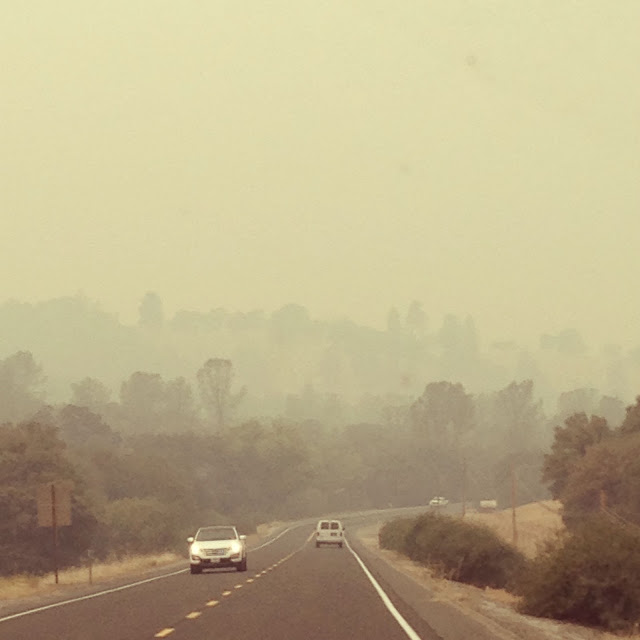 This is from a local tv news station.  This is the  official website for the fire and what we are using to monitor what is happening. 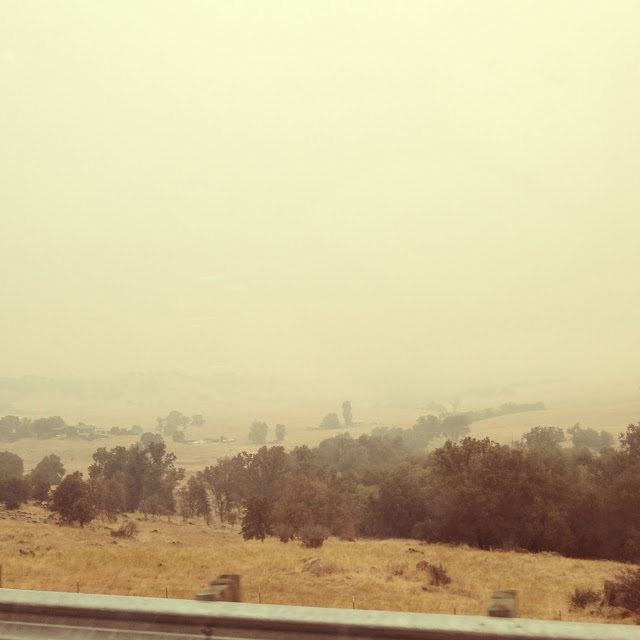 Posted by angele carter at 5:41 PM