One of my cats was diagnosed with feline asthma last November and since then we have been following the standard treatment protocol.  She recently had a steroid shot and we were administering an inhaler twice a day using the AeroKat chamber.  She seemed to be doing better but the last couple of days have been tough. 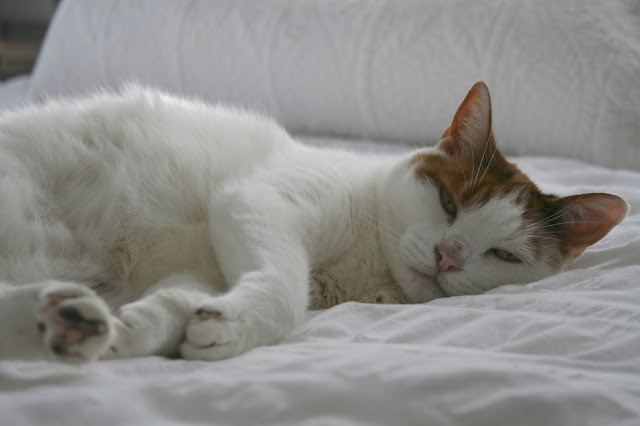 There was a bad asthma attack at 3am on Thursday morning which we were able to control with an albuterol rescue inhaler.  This afternoon she had another worse attack which seemed to come out of the blue, while sitting on my daughter's lap.  This time we could not get it under control.  We had planned for this and talked about what we would do but taking her to the vet was hard.  My son was at college and my husband traveling.  My daughter and I took her to the vet's office and were able to say our goodbyes knowing this terribly hard decision was the right one.  The vet, technicians and office staff were all incredibly sensitive and kind and in our distress we were thankful for them.  Thankful too that it was the end of the day and we were the only ones in the office.

We feel raw and our hearts are sore.  We know we did everything we could and that she was very loved. She was 10years old and we weren't expecting to have to let her go so soon.  We miss her and we wonder how our other cat will manage without her sister. 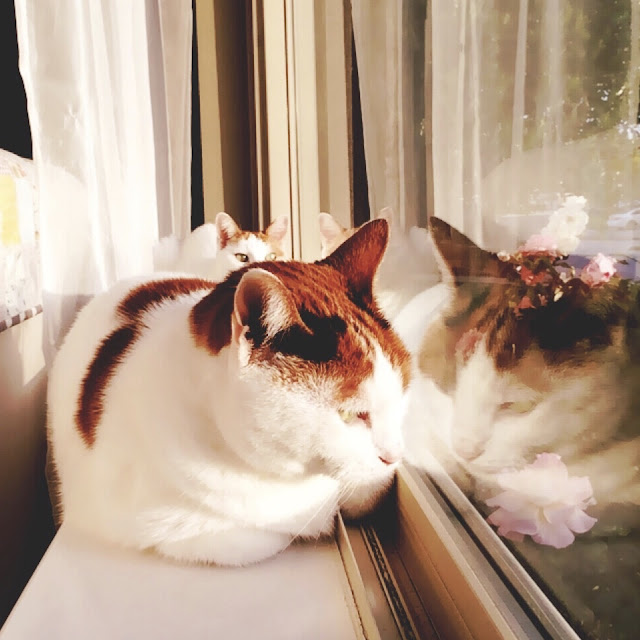 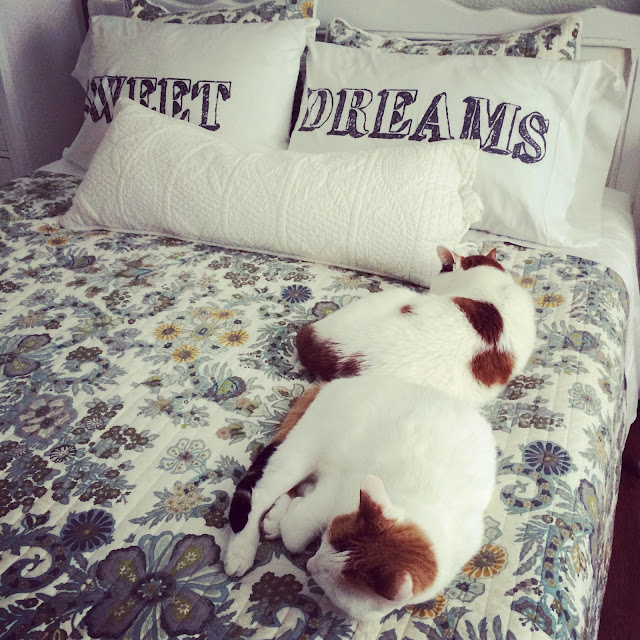 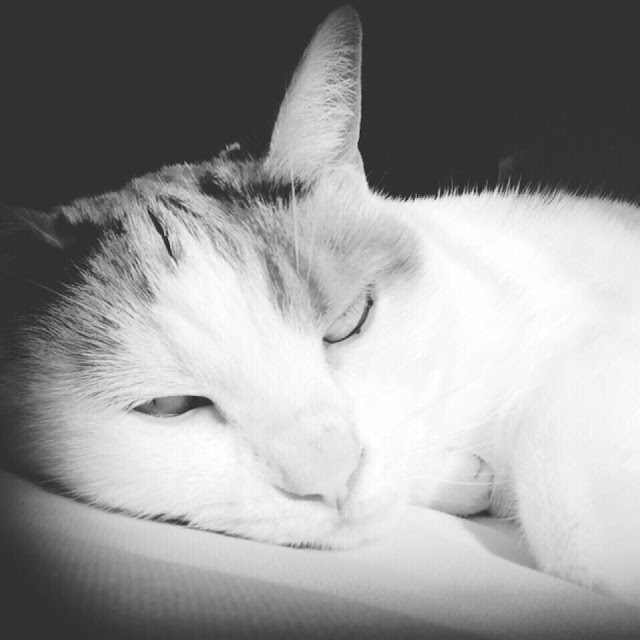 Email ThisBlogThis!Share to TwitterShare to FacebookShare to Pinterest
Labels: cat asthma, cats, my cat has asthma