On My Worktable...Here there be DRAGONS!


For some time I've been playing around with the idea of doing a series of pincushions that feature mythical creatures.  Since dragons have always been a creature of interest in our house I thought I'd start there.  Rather than just show you finished photos, I thought I'd describe how I work through a design.  It begins with an idea, then some sketches.  I looked at how dragons have been depicted through history and at contemporary manga style art before choosing which of my sketches to go with.  I wasn't going for scary! 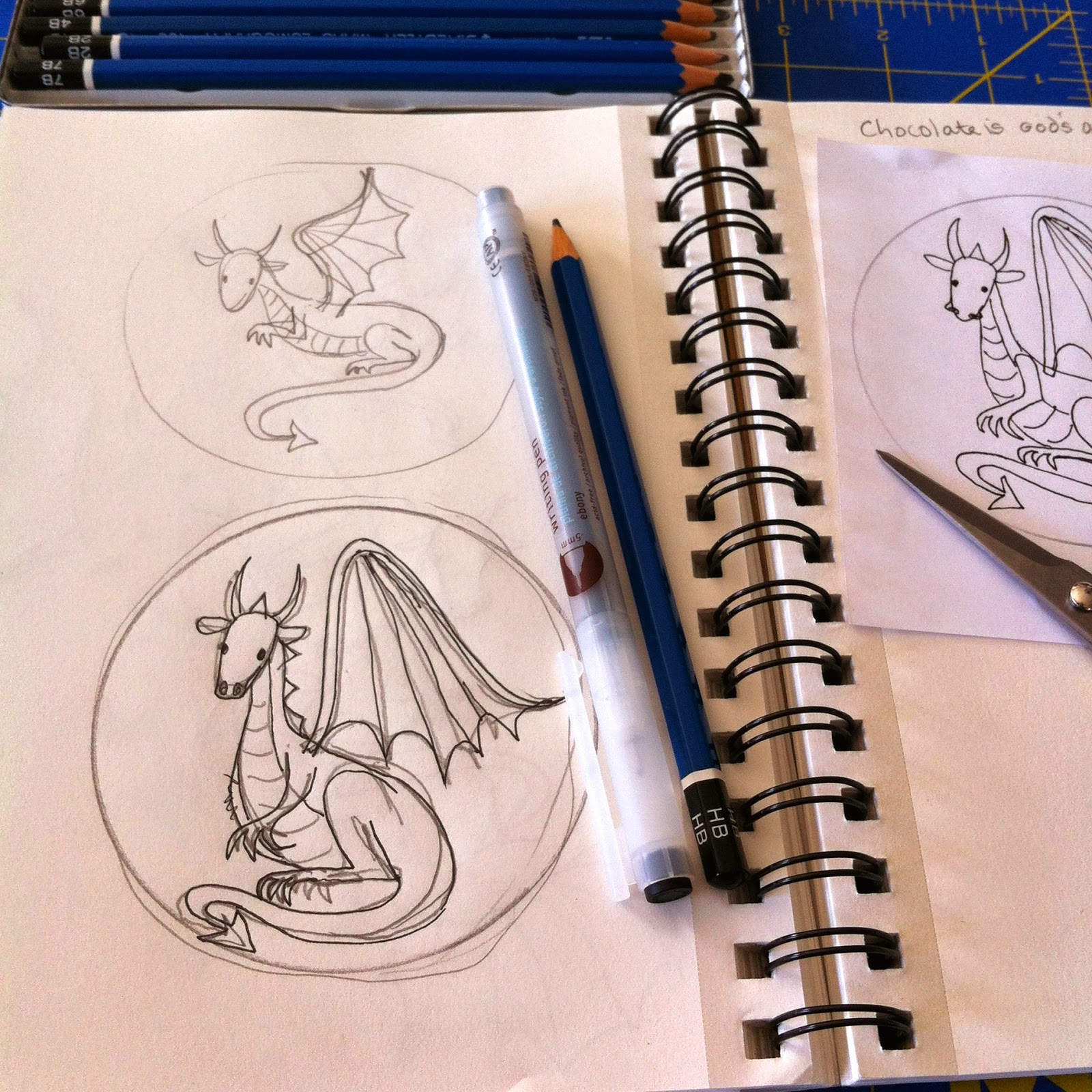 I draw several 3.5 inch diameter circles to work with because that is the finished size of my pincushions. When I've decided on a sketch, I ink over the pencil lines then I lay printer paper over the design and trace the different parts to make templates.  This makes it easier to reproduce the same designs later. 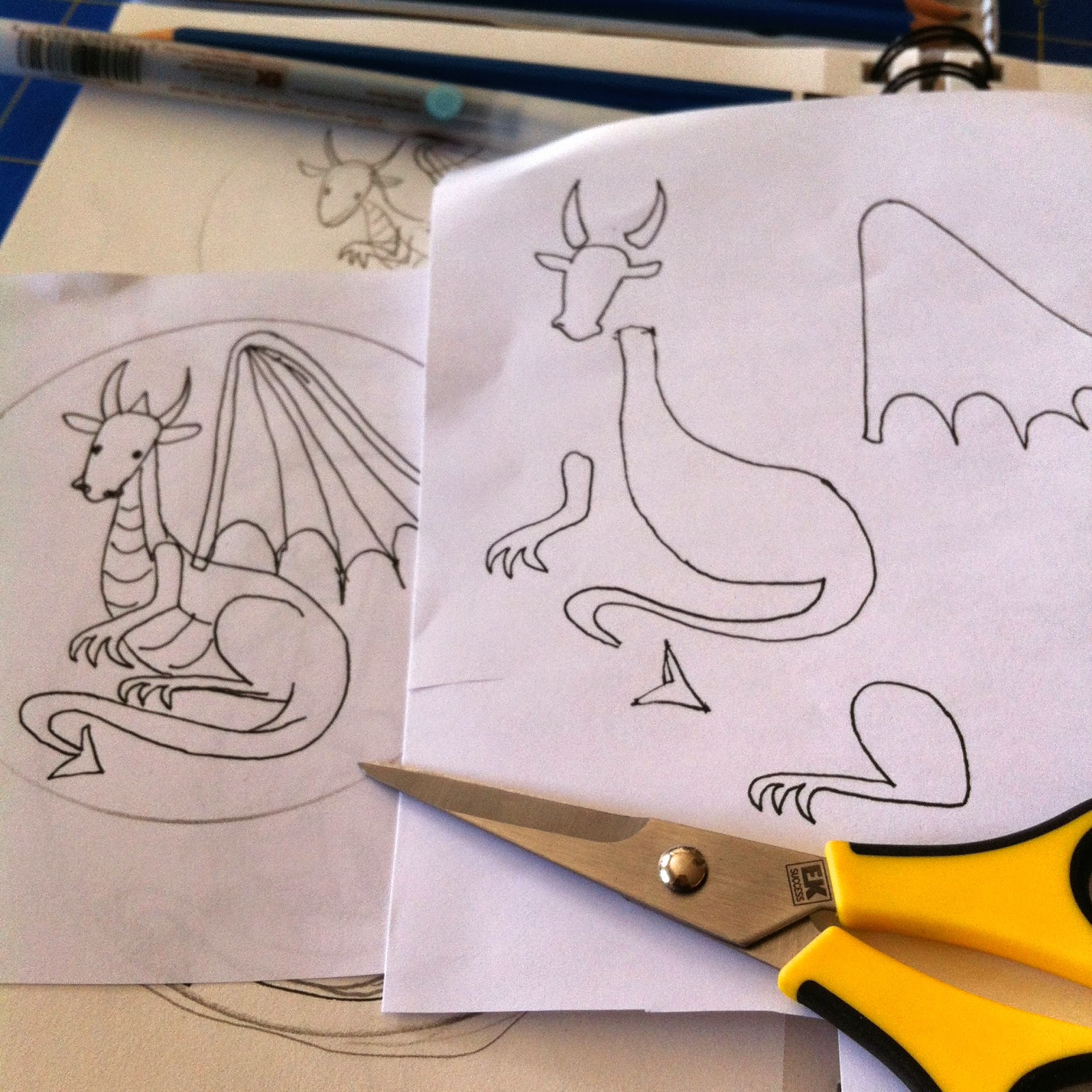 I cut out all the little paper pieces and store them in a labeled bag with a copy of the design. 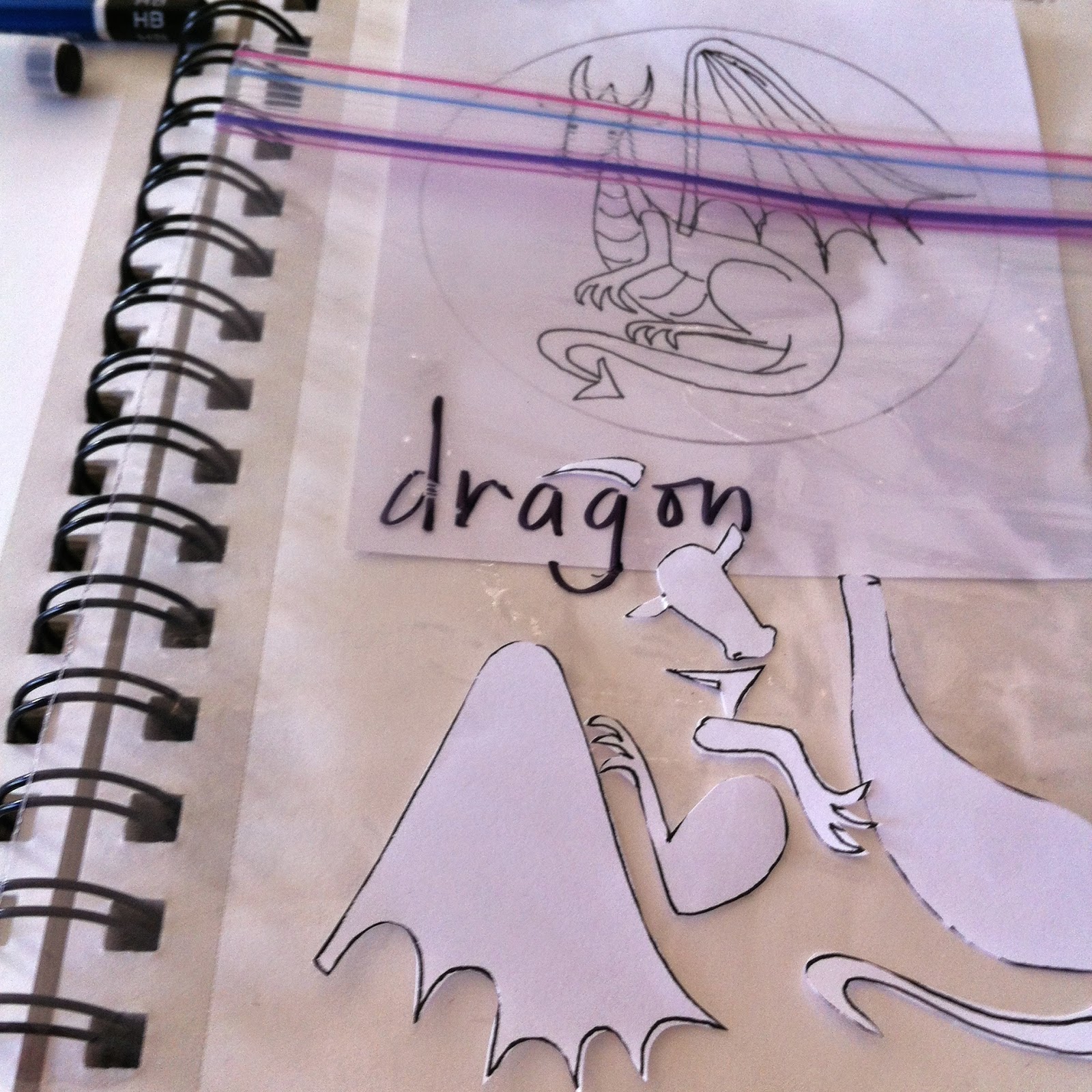 I struggled with the colors for this dragon.  Most of my felt is in lovely soft colors but for this project I felt I needed something more vibrant.  I eventually settled on the bright green with some metallic thread for sparkle. 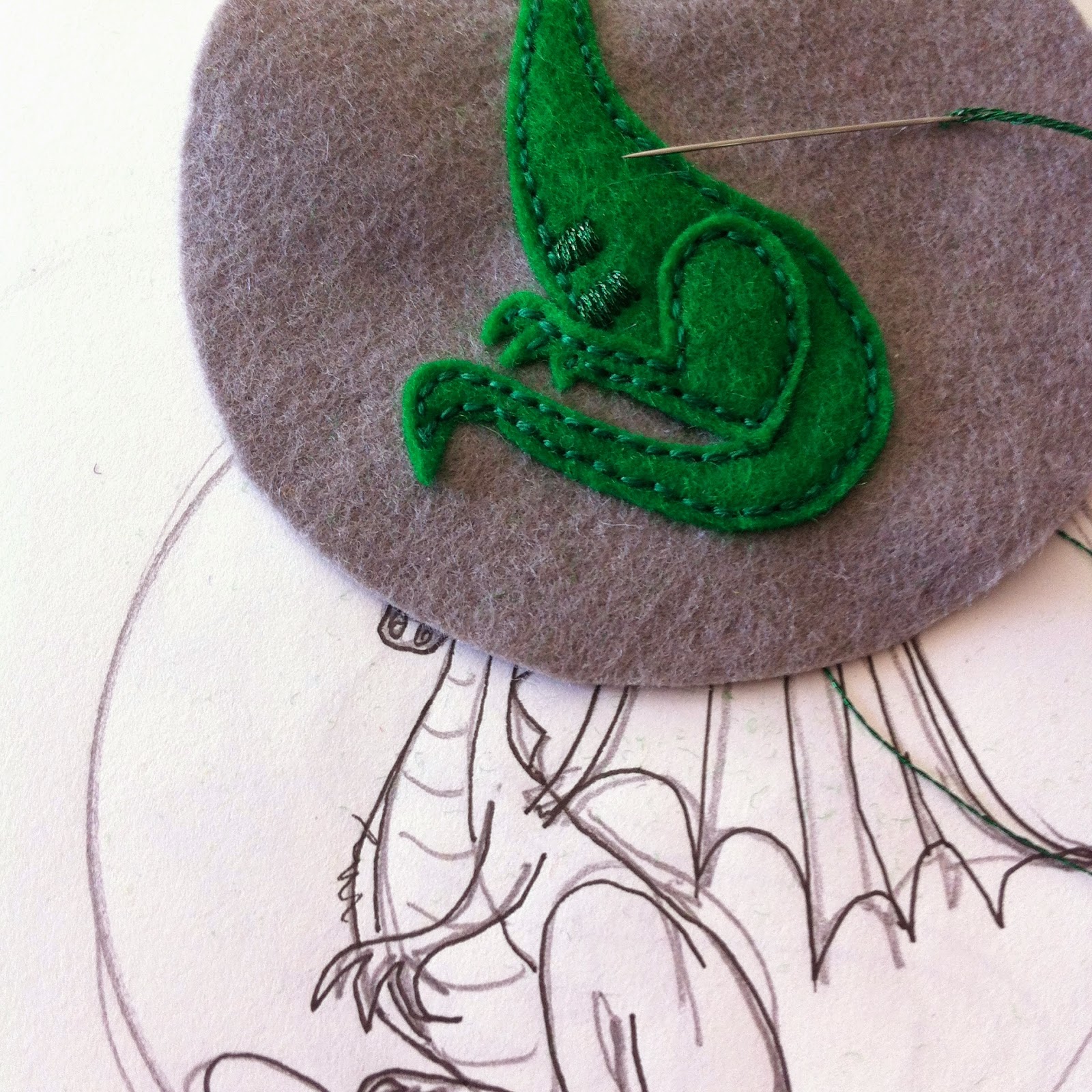 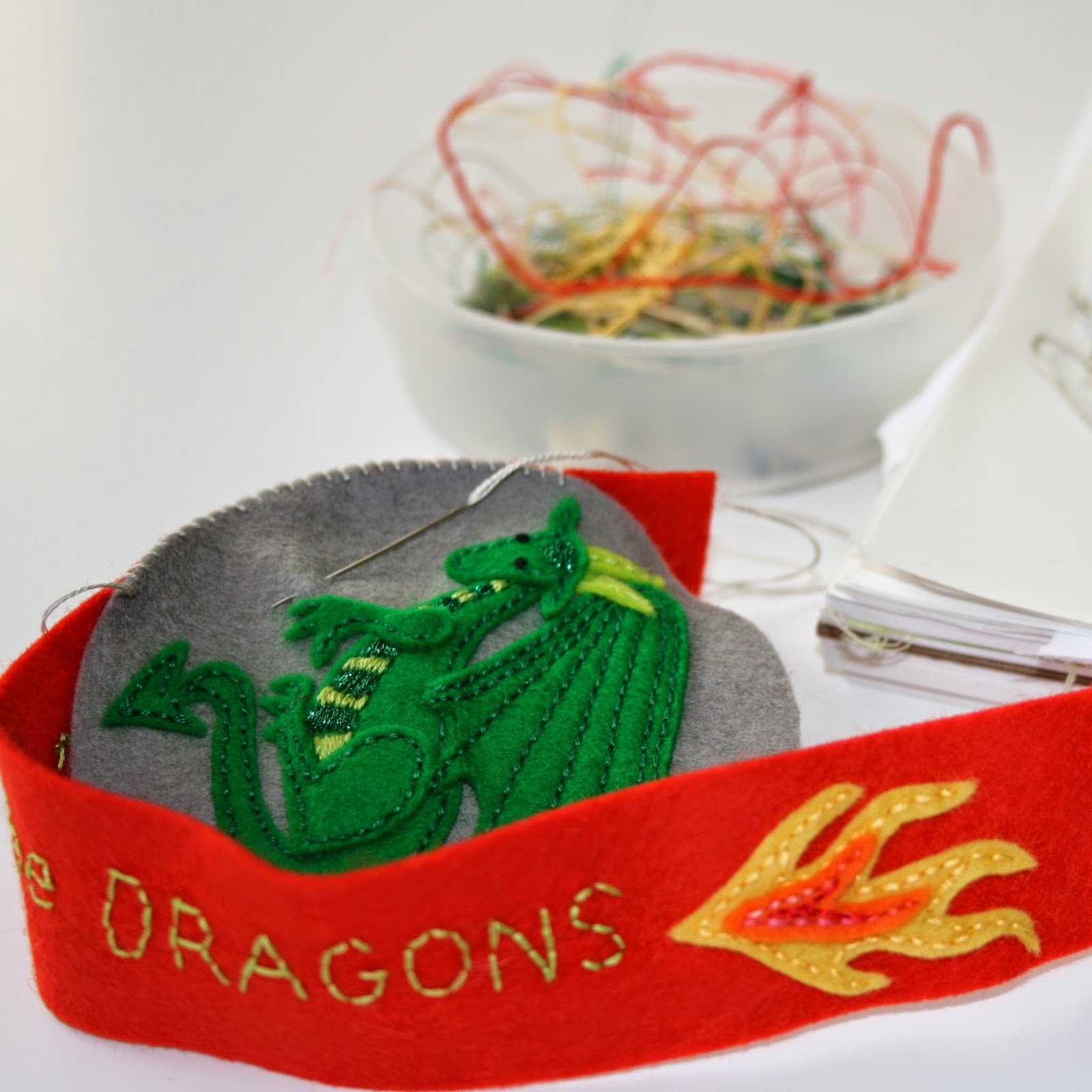 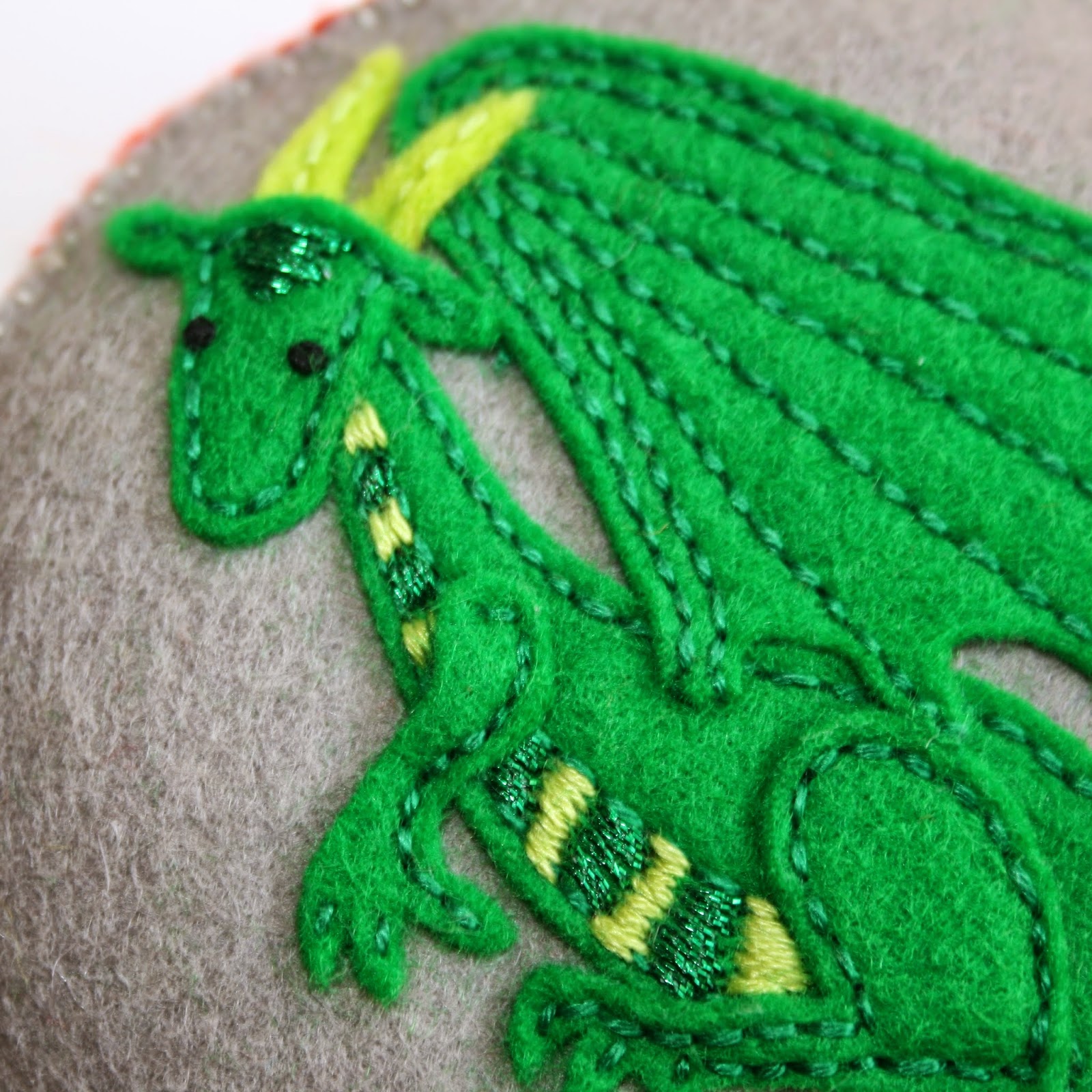 I wanted to make the dragon breathe fire but my daughter said he looked too cute for that!  On the side band I embroidered the words "Here there be DRAGONS" and included some flames there instead!  I'm intrigued by that quote and the idea that it was used on old maps to represent uncharted or dangerous territory.  Only it turns out, after doing some research, that it wasn't commonly used on maps after all.  It has sort of gotten absorbed into our ideas about old maps!  There is one globe, from 1510 called the Hunt-Lenox globe which has the Latin "Hc Svnt Dracones" (hic sunt dracones) engraved on the coast of Asia.  It is one of the earliest globes, is very small (about 5 inches in diameter) and made of copper.  I was a bit disappointed to be honest.  Lots of ancient maps have pictures of fearsome creatures or mythical beasts but not this great dragon quote. 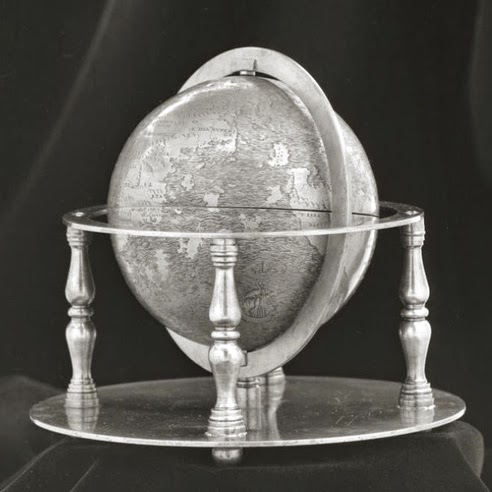 Here is the finished pincushion.  (I think it's a baby dragon) 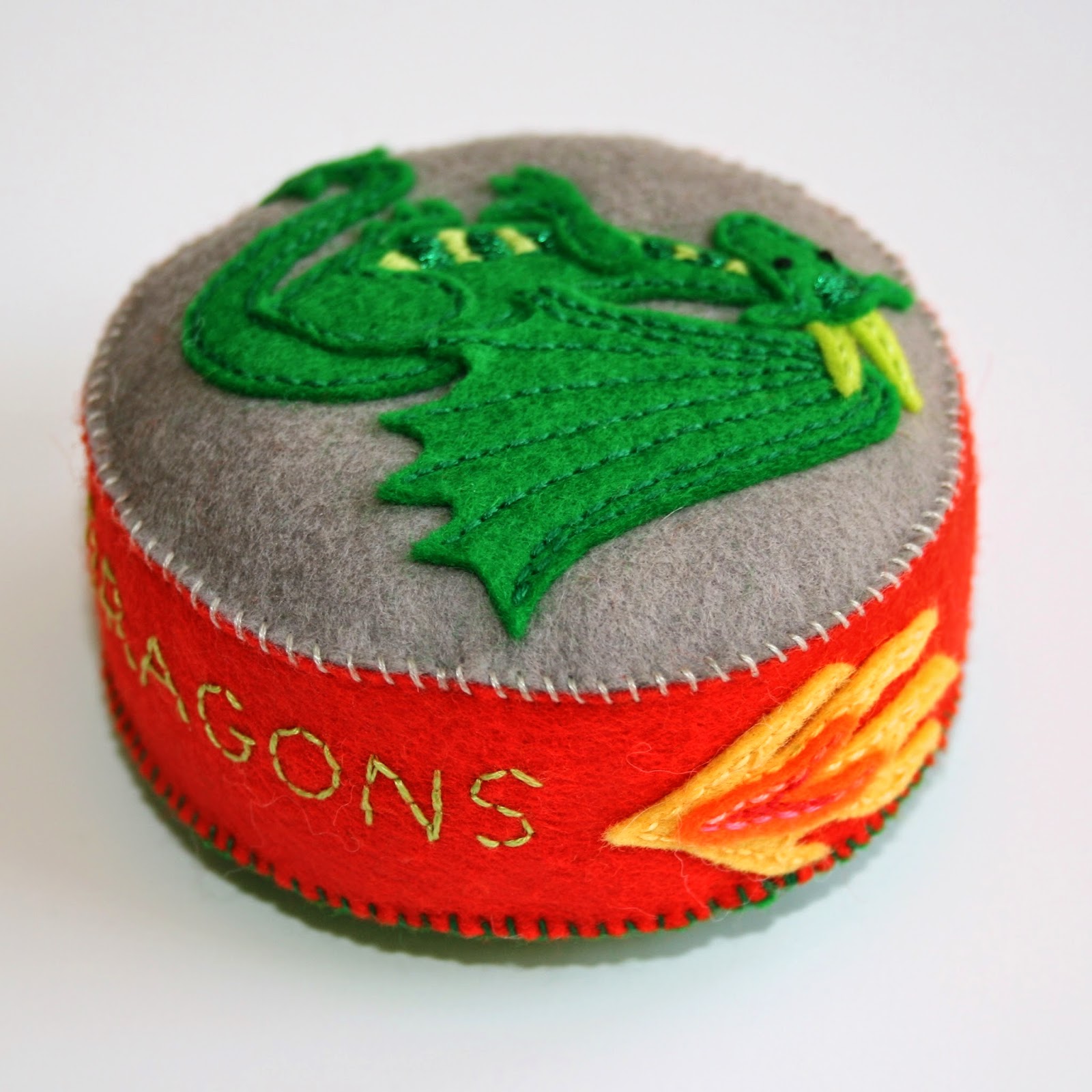 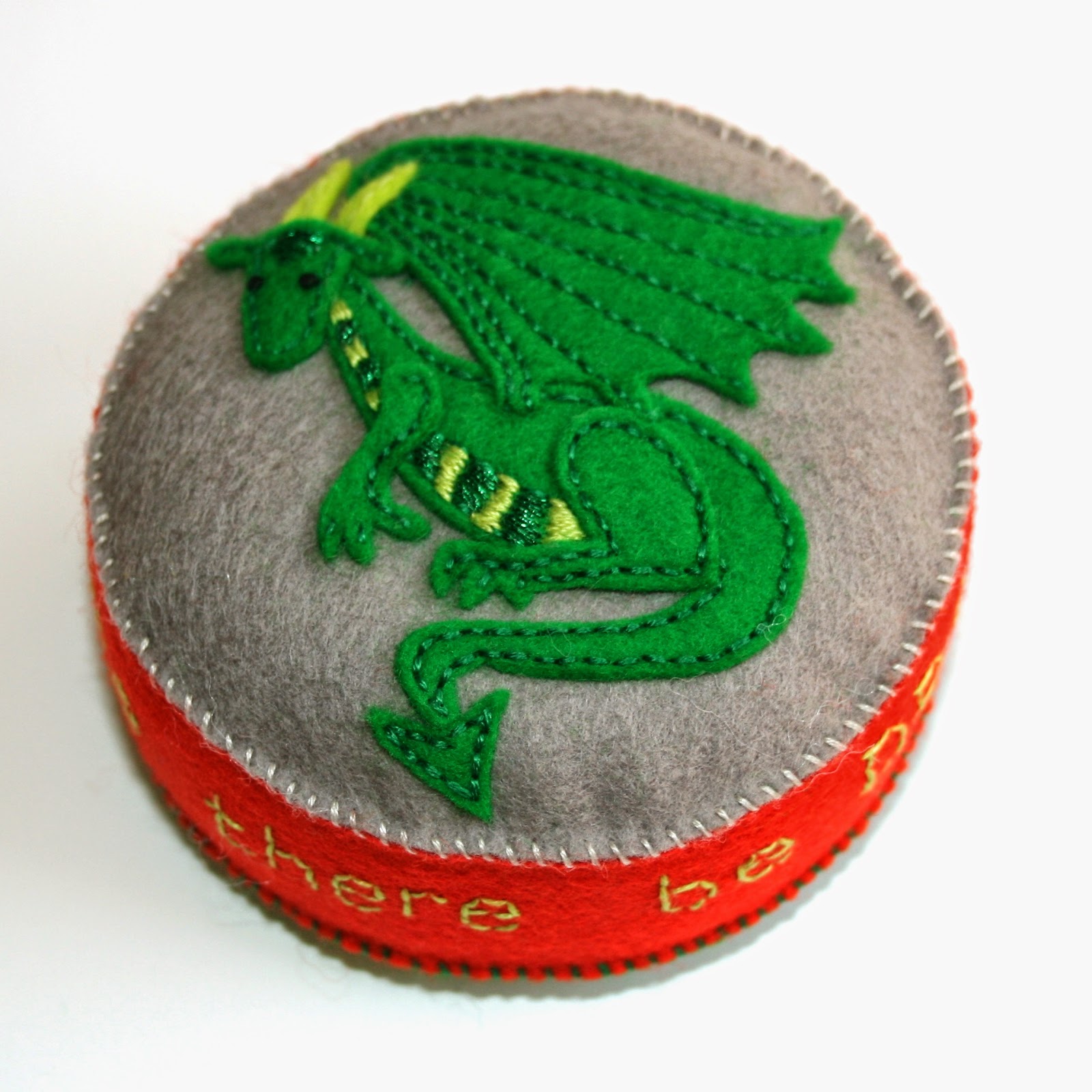 Posted by angele carter at 4:32 PM