March 12, 2015
We eat mostly gluten free in our house, not because it's trendy or a lifestyle choice we've made for ourselves, but because my husband has a severe gluten intolerance.  I say "mostly" because I don't restrict the kids.  So I'm always happy when I find a recipe that we love not, despite it being gluten free, but because it just tastes really good. 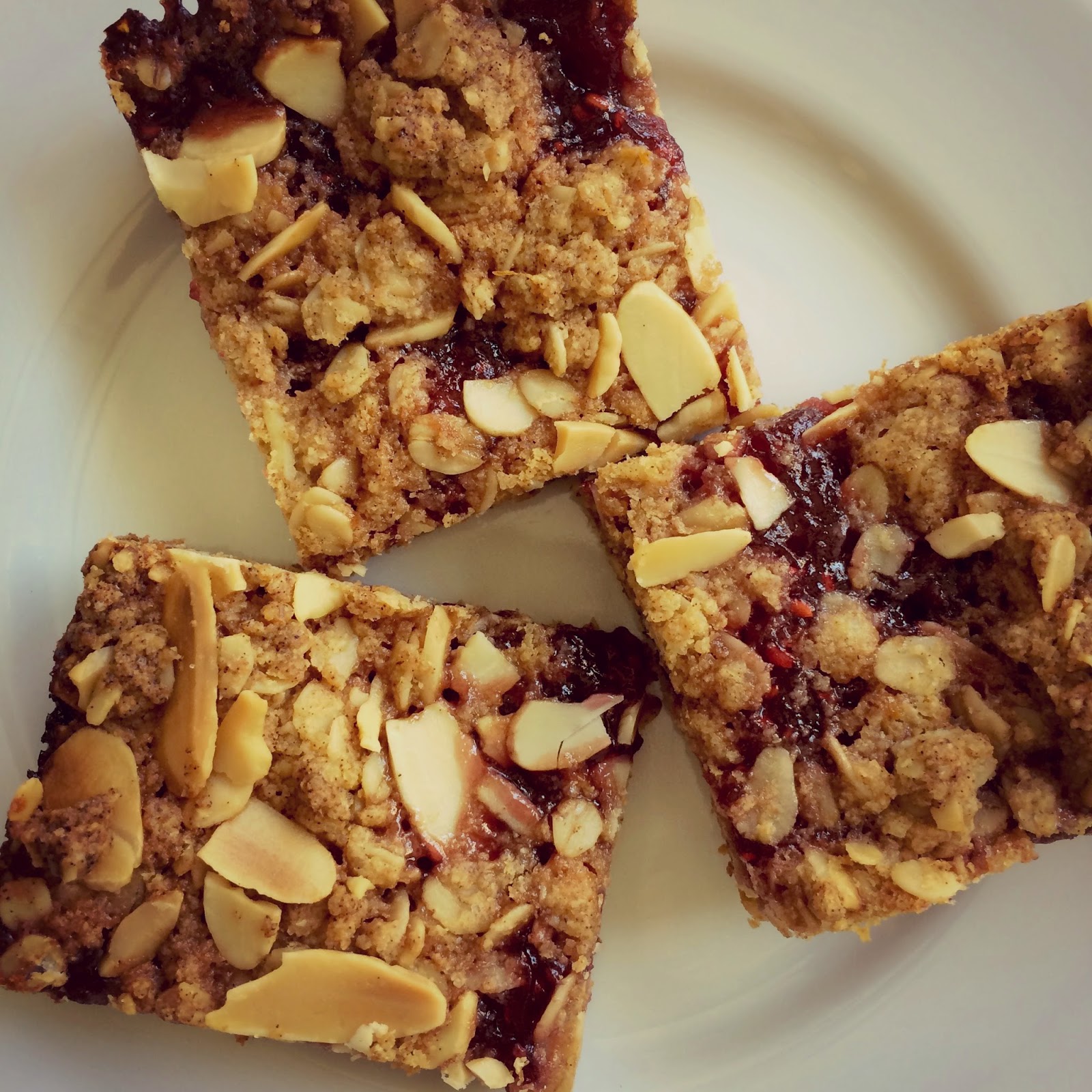 The recipe for these raspberry oatmeal bars came from the back of a package of Bob's Red Mill gluten free whole grain oat flour.  They sounded good and I had all the ingredients so I tried them.  There were a couple of issues.  First there was barely enough mixture to fill the pan size suggested in the recipe and secondly, I had to bake the bars for about 15minutes longer than the recipe stated.  These are good though, reminiscent of Linzer torte, and they kept well for several days which gluten free goods rarely do.  These will be added to my recipe book! 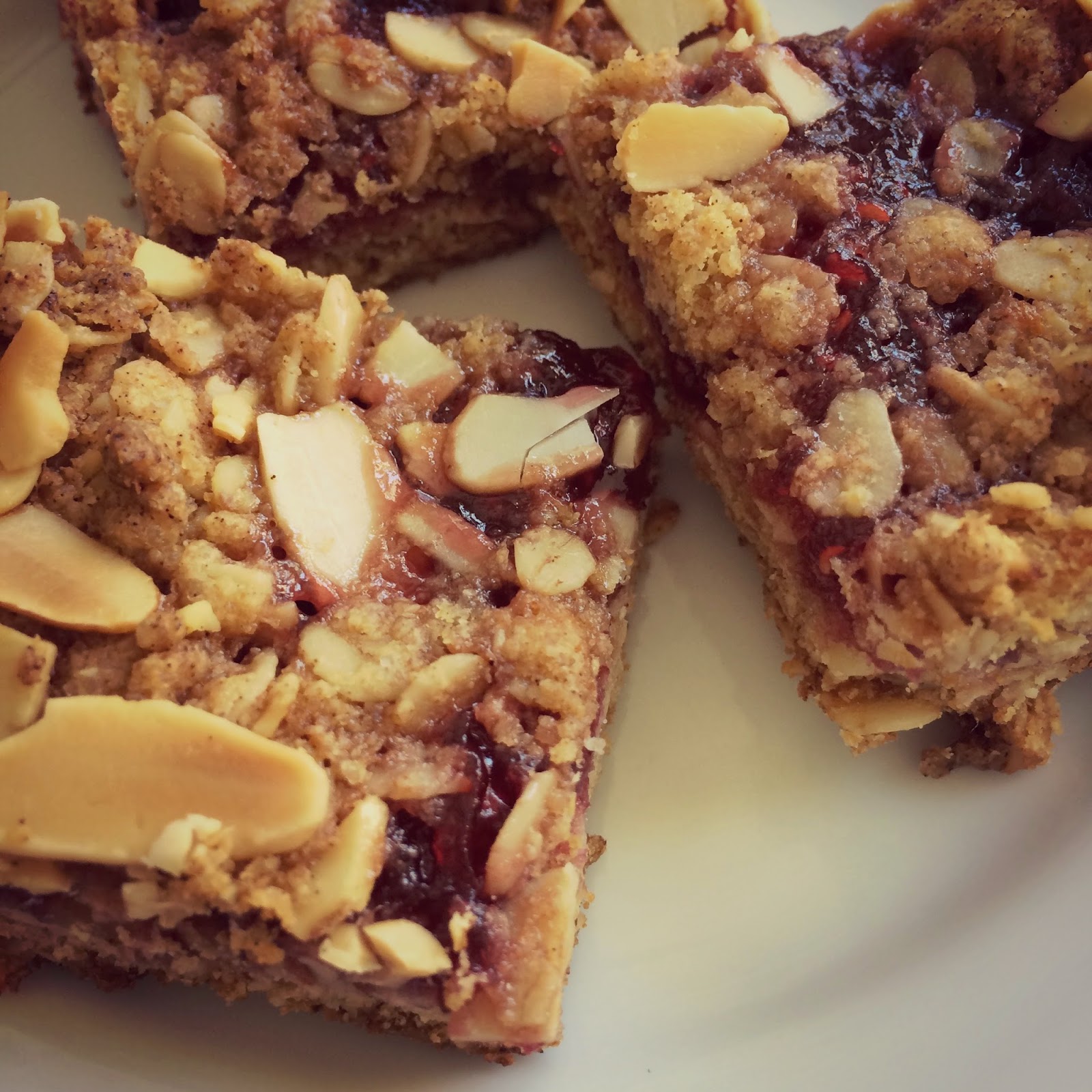 *  Preheat oven to 375f and grease a 8x8inch pan or line it with parchment or non stick foil.
*  In a medium bowl, combine melted butter and 1 tsp vanilla.
*  Stir in the oat flour, oatmeal, sugar, xanthan gum, baking powder, lemon zest and salt until     thoroughly blended.
*  Press about ¾ of the mixture firmly into the bottom of the pan.  The original recipe says to press 1 cup of mixture into the pan but there is no way 1 cup will cover this size pan!
*  Stir remaining 1tsp vanilla into the raspberry jam and spread this over the oat mixture in the pan.
*  I then added a good handful of sliced almonds to what was left of the oat mixture in the bowl and fluffed it up with a fork.  Sprinkle this over the top of the jam.
*  Bake until golden and firm.  The recipe says 20-25minutes but I had to add about 15 extra minutes of cooking time.
*  Cool completely in the pan and then cut up into squares.

I also made some lemonade because I have so many lemons ripe just now.  They are Meyer lemons which are less sour than regular lemons and they are delicious.  The lemons are huge this year! 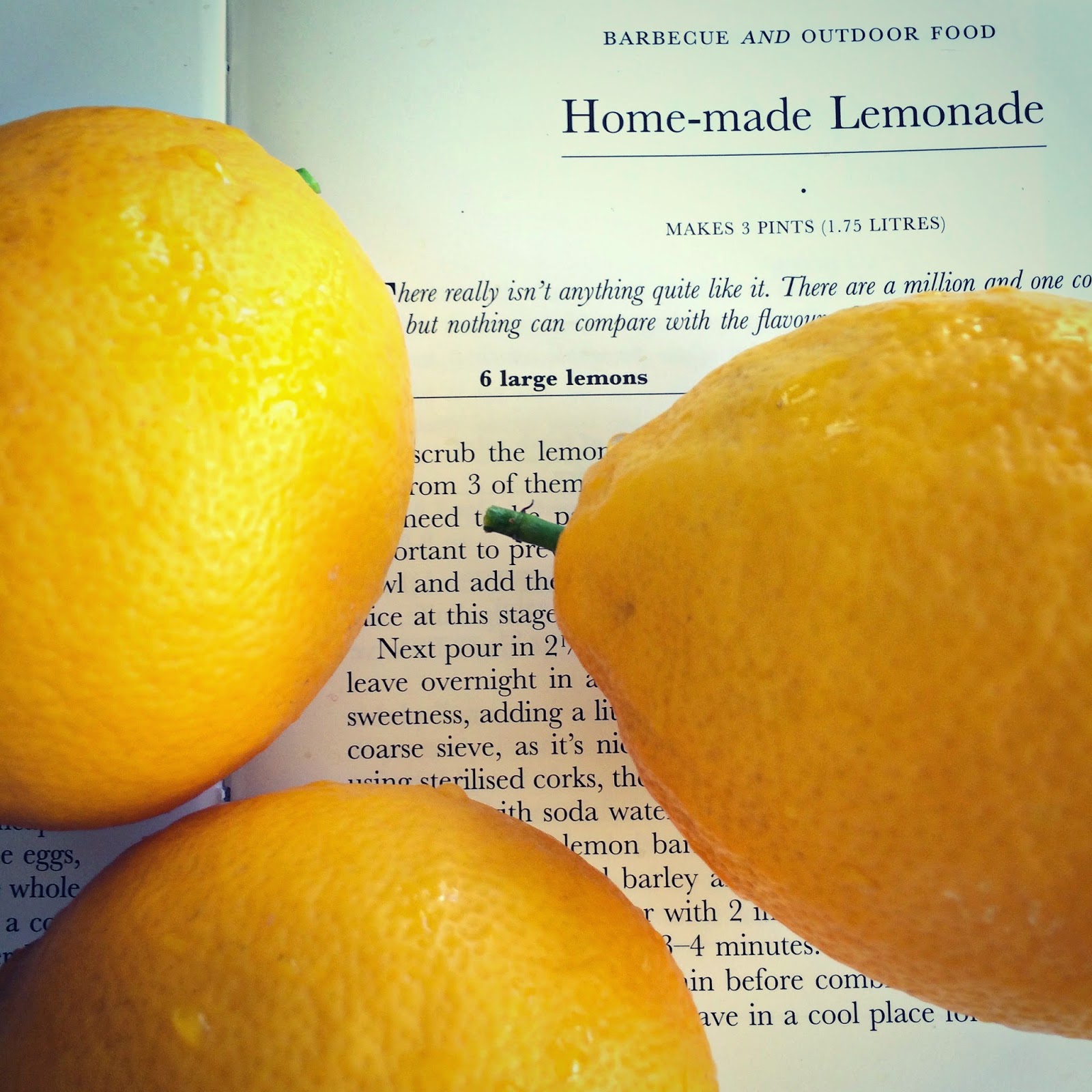 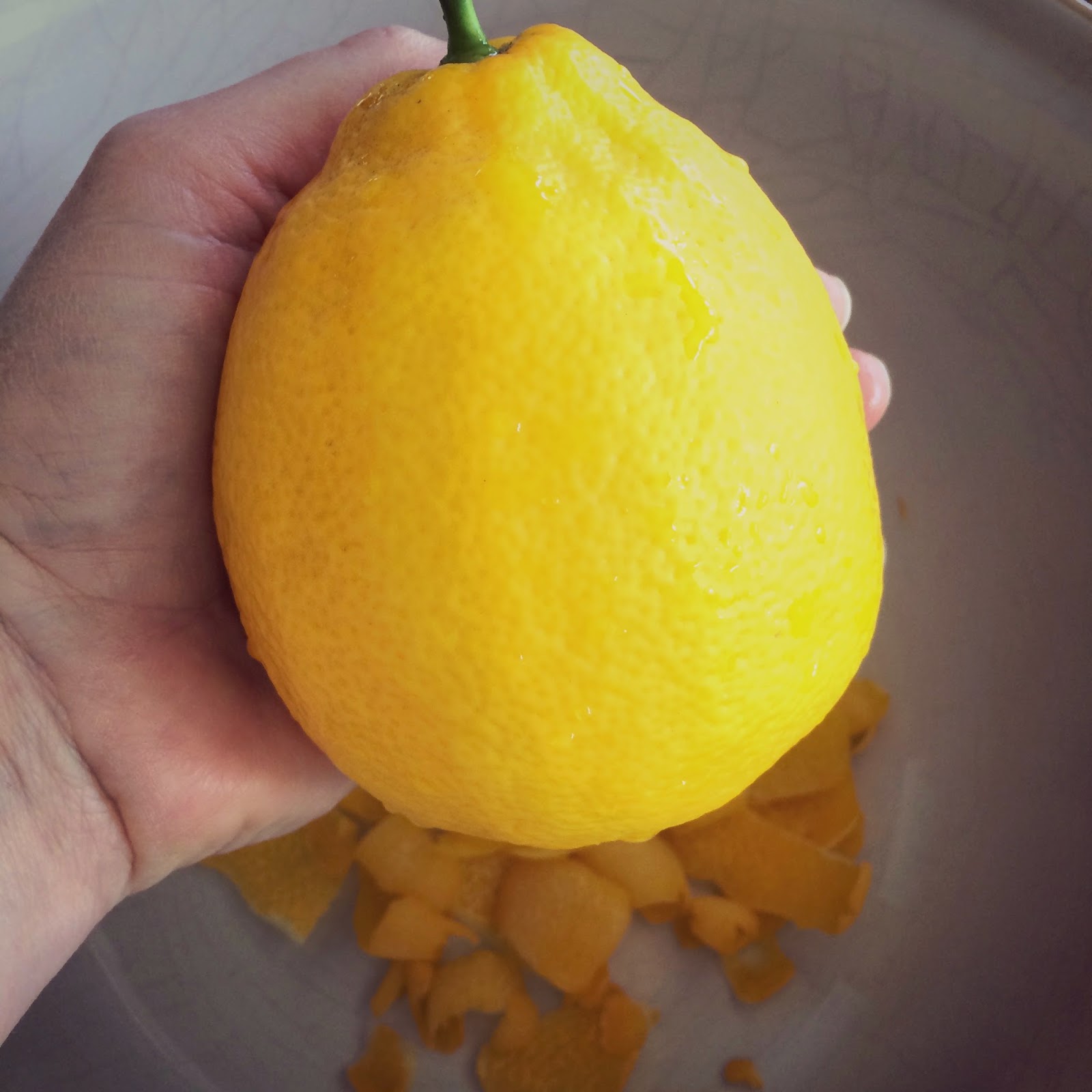