What a mixed morning it has been!  It began with a vague sense of dread as I had to go to the vet's office to pick up the ashes of our cat that we had had to euthanize a couple of weeks ago and pay my bill.  Everyone there has been so kind. When I got back into the car I found they had given me a box that contained her paw prints in clay and I was undone. 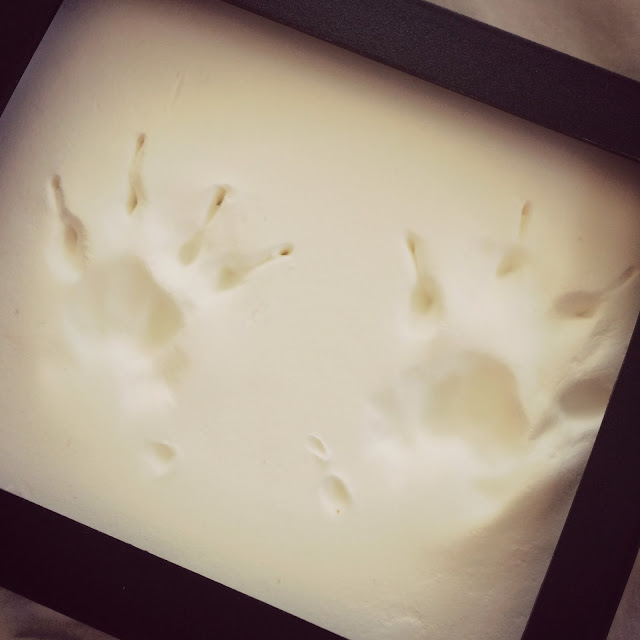 That darn cat needed her claws trimming so badly but always fought us off and towards the end I found I couldn't put her through the stress of it!  There was a handwritten card too, and a heart shaped piece of paper embedded with wildflower seeds.  Such kindness.

Then I came home and made the decision to do some stitching instead of cleaning bathrooms.  I've been working on the apple blossom pincushions I posted about last time.  Last night I stuffed them and I just needed to close up the opening.  However there was something about them that was just bugging me.  I'd made a cute little red apple and some leaves for each side band but assembled, and in the light of day, they were too bright. 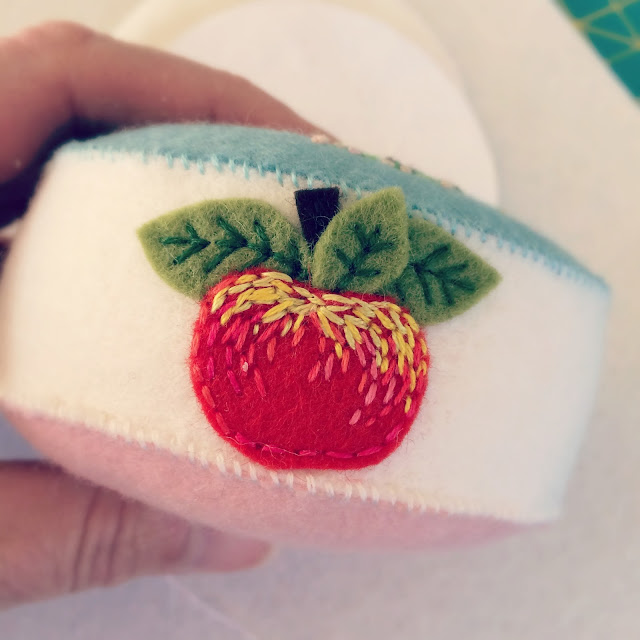 With much frustration at myself for not making this decision at an earlier stage, I undid all the stitching, removed the stuffing and cut new sidebands with a branch and some apple blossom flowers and leaves.  I'd really wanted to use apples to differentiate this pincushion from my cherry blossom one but it didn't work out. 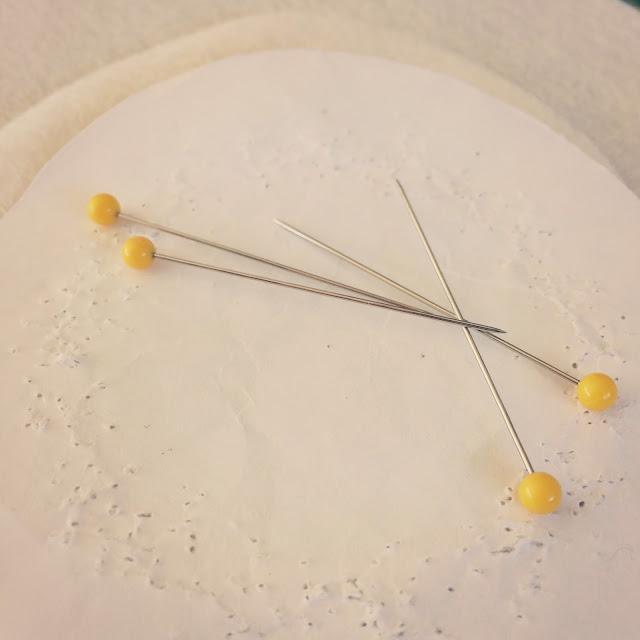 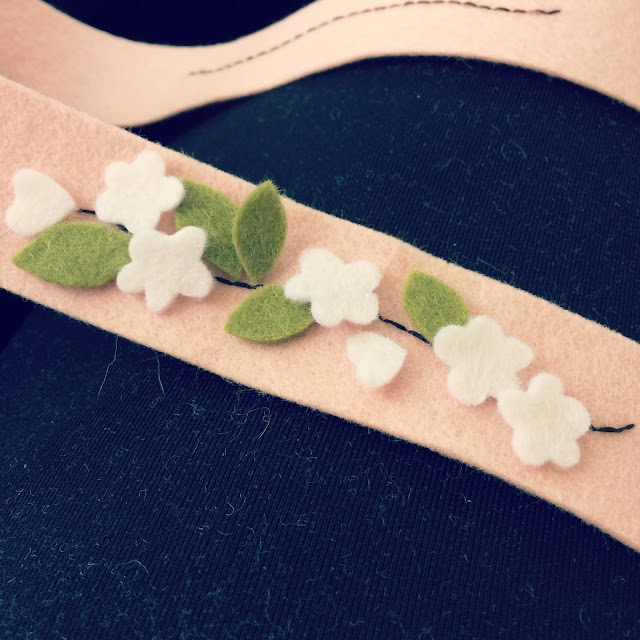 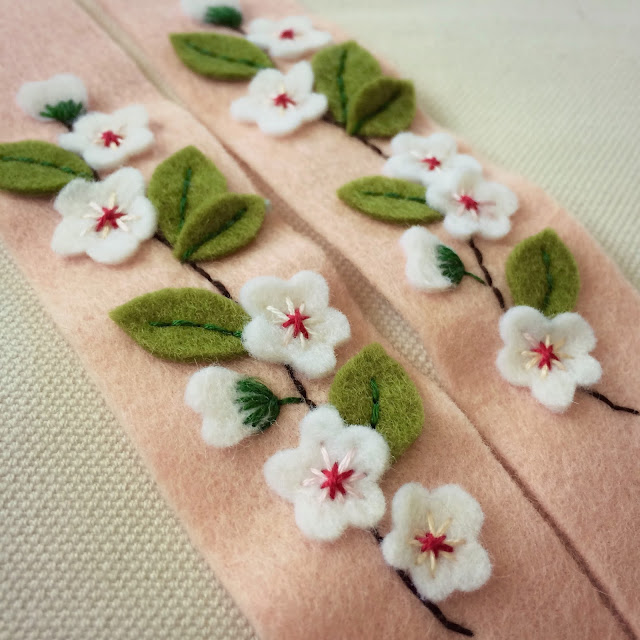 So this is where I'm at now.  Two finished apple blossom and leaves side bands and the pincushion tops and bottoms all ready for assembly.  I'd hoped to get them in my shop today but I will finish them tonight and then photograph and list them tomorrow. 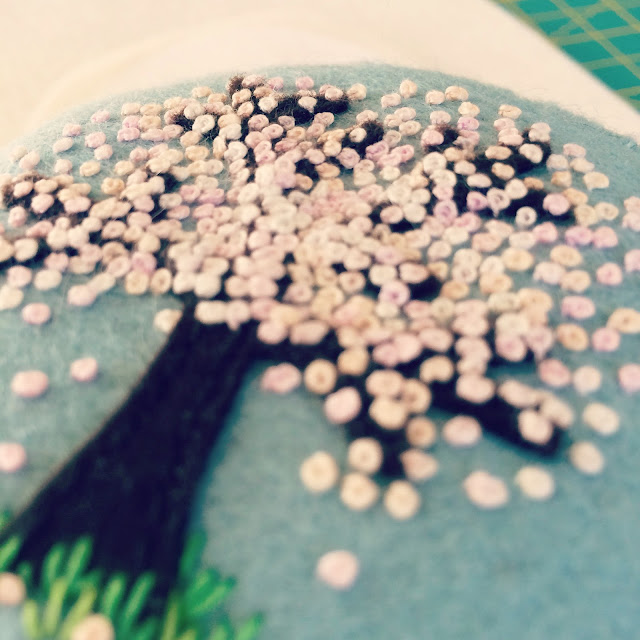 After all that it was time to get outdoors and enjoy the gorgeous sunshine we have today.  I took Tia out for a walk, stopping at our little park to let her sniff around.  I often forget that it is only a short while since she has been off the race track and that many things are still new to her....dandelion seed heads for example.  She stopped to sniff one.  It made her sneeze violently resulting in an explosion of dandelion seeds!  She watched in awe as they wafted around her.  Now we are home, she has collapsed on her bed with a toy for a pillow, which she collected from wherever she left it, and took to her patch of sunlight.  Sweet dreams! 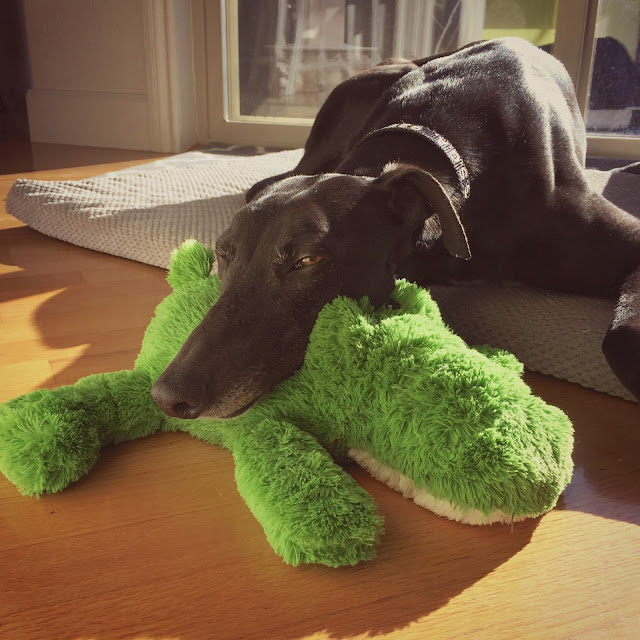 Posted by angele carter at 1:16 PM