October 25, 2016
I've designed several pincushions with little fairy doors but it suddenly hit me the other day, what fun it would be to make a Winter themed one.  I've steered clear of making seasonal pincushions before but the Fall hedgehog ones sold so well, I decided to re-think that! 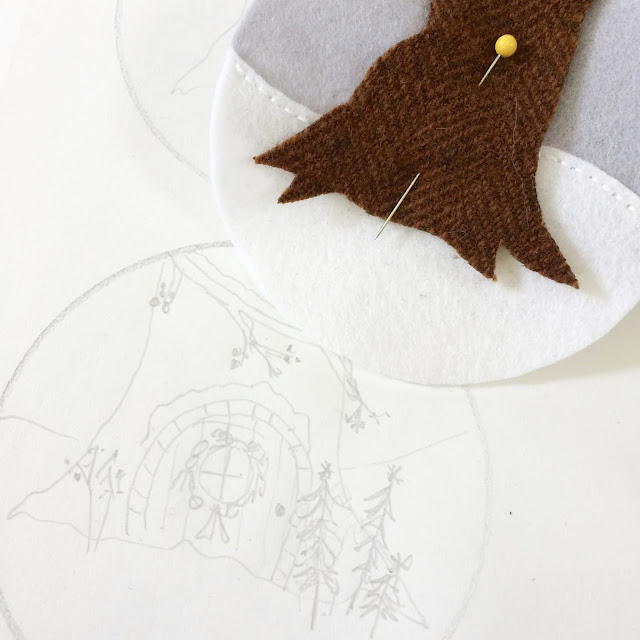 I like to have a branch sweeping down in front of the tree because I can imagine it protecting the little fairy door from prying eyes.  Usually I put leaves on this branch but a Winter tree would have bare branches and so I decided on lots of lovely red berries instead. 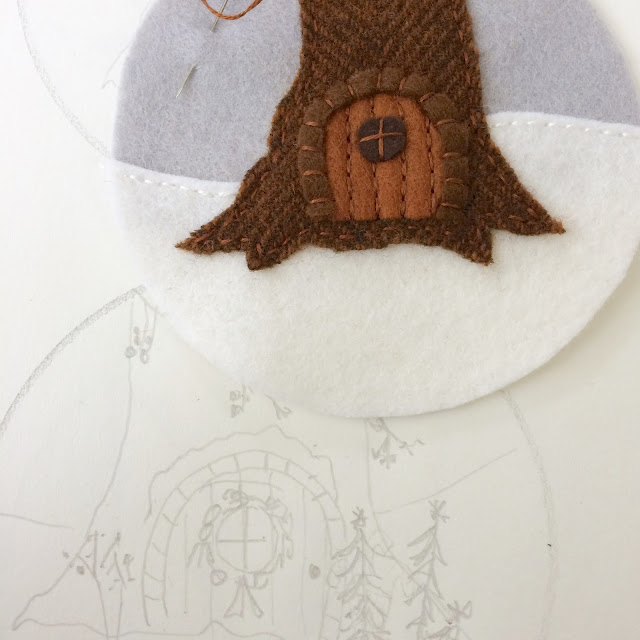 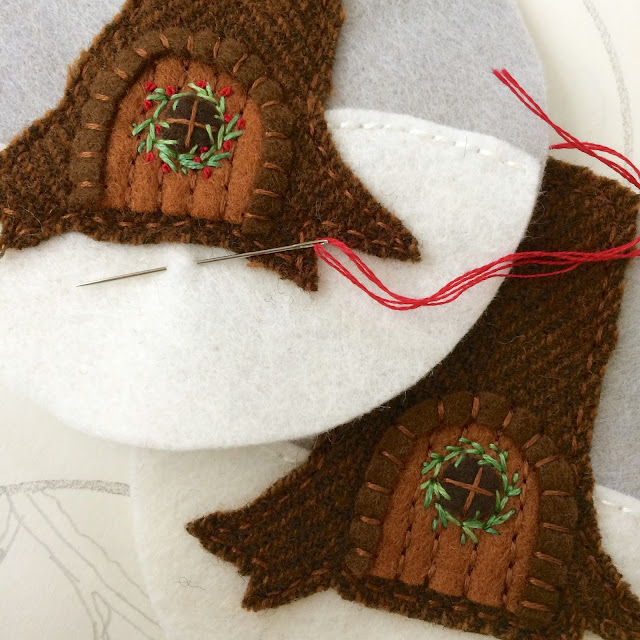 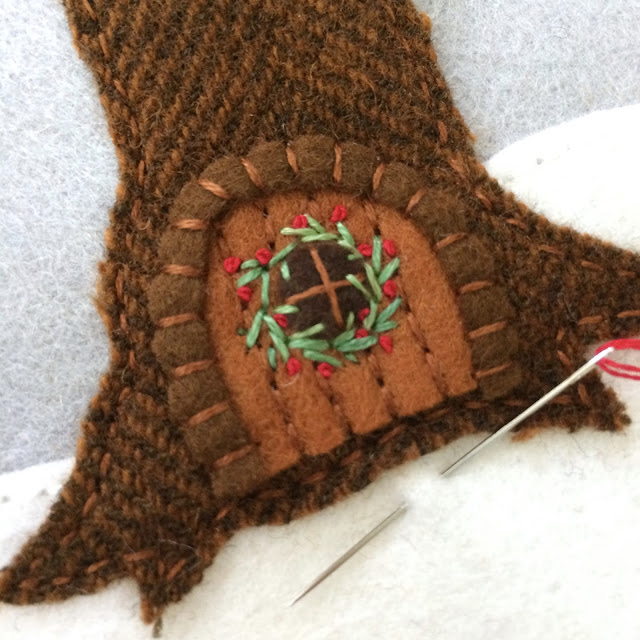 I chose a light grey for the sky to feel like a sky heavy with snow.  I can imagine the wonderful blanket of silence that a snowy landscape brings and in my imagination, occasional delicate snowflakes float down, a promise of the flurries to come. 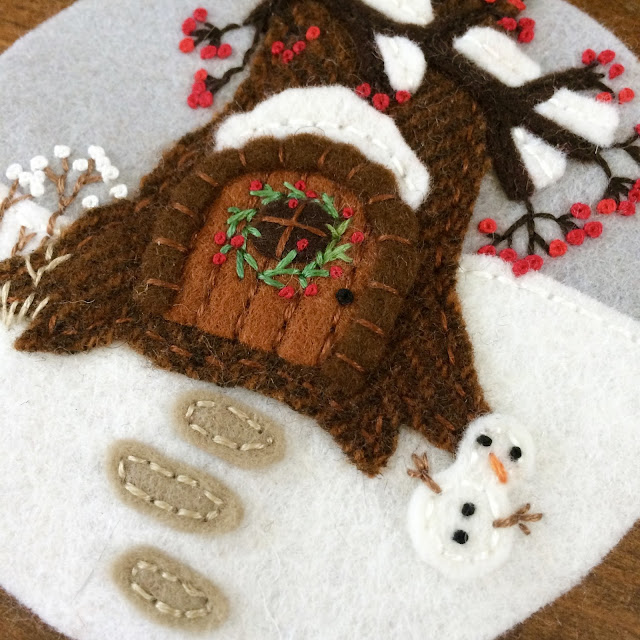 Instead of some tiny pine trees (which were in the original drawing), I decided to add a fairy sized snowman who stands a diminutive half an inch tall!   For the side bands, I think I'm going to go with an icy light blue and then add some sprigs of holly and some little pieces of pine branch. 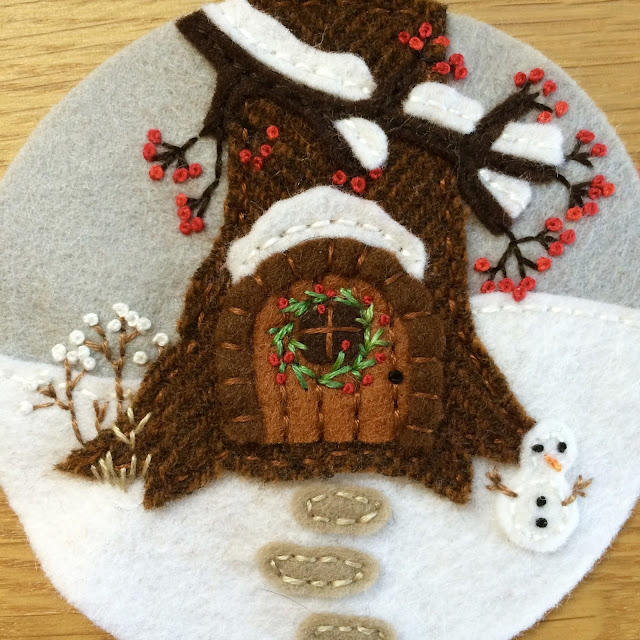 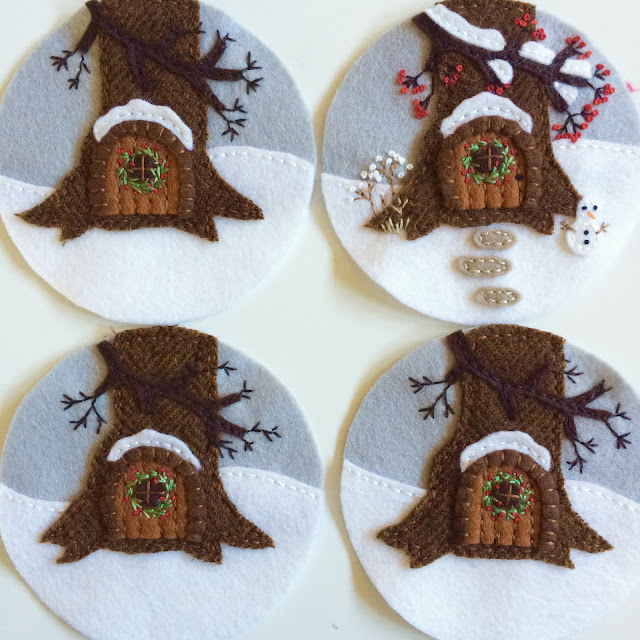